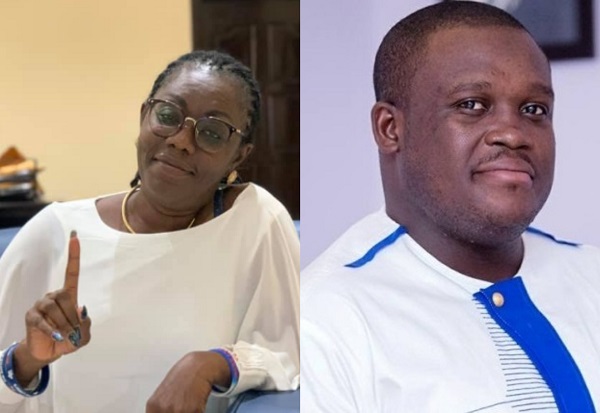 The National Democratic Congress (NDC) MP for Ningo-Pramprah, Sam George, is questioning the truth in Communication Minister, Ursula Owusu-Ekuful’s claim that the government bought AirtelTigo for US$1.

In a Facebook post in response to the minister, George said his colleague lawmaker is only misleading Ghanaians since her eyebrow pencil even cost more than a dollar.

“What does she take us for? That she bought AirtelTigo for $1? How much is the eyebrow pencil she uses to draw her eyebrows and she thinks she can insult our intelligence?” he posted.

“Someone tell our Minister for Communications that grand posturing and arrogant clap backs would not stop us on the Parliamentary Committee of Communications and the good people of Ghana from demanding accountability from her.

“Madam, after basking in the fake fans of your social media followers, prepare to appear before the Committee and give us details of the transactions. We would not allow the already burdened taxpayers of our country to be saddled with poorly thought out decisions that impose more debt or hardship on us.Our eyes are fixed on the ball and I urge you to do same. No long talk.”

In a sharp rebuttal on the same social media platform, Owusu-Ekuful described the MP’s assertions as “blatant lies”.

“Some people find it very difficult to believe we can negotiate good deals for government. I signed the AirtelTigo contract. We acquired it for just a dollar. Someone, an MP, says he heard me say we paid $25 million. A barefaced lie…. blatant untruth.Please ask Sam George where he heard that. Then Sit back and listen to long, English grammar and drama…. just keep your eyes on the ball. How much did we pay to acquire the company? 1 dollar, Simple!!”

The government of Ghana last week signed an agreement with telecommunications company AirtelTigo for the transfer of ownership to the state.

The government of Ghana and the parent companies of AirtelTigo, Bharti Airtel Ghana Holdings B.V., MIC Africa B.V signed the transfer after they concluded negotiations to transfer the shares of the company to the Ghana government.

The transfer of ownership comes after AirtelTigo in June 2020 announced its decision to exit the Ghanaian market.

This agreement transfers all customers, assets, and agreed liabilities of AirtelTigo to the government of Ghana.