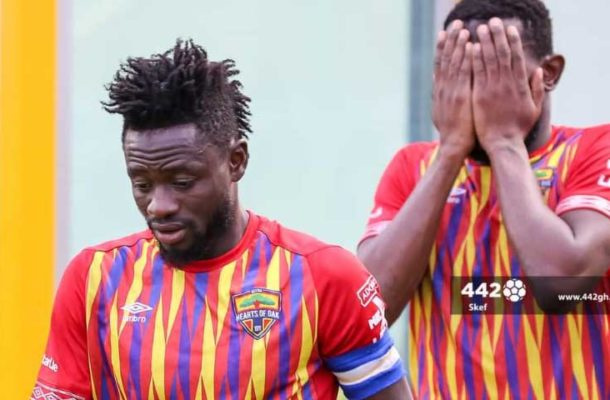 ‘Freshly Sacked’ Accra Hearts of Oak SC captain, Fatawu Mohammed says he didn’t even get a bicycle from his playing days at the club.

The ex-Hearts of Oak captain says his salary couldn’t even afford him a bicycle because it was too small for a professional footballer.

According to him, he bought his only car as a result of playing for Ghana’s Black Stars during the 2021 Africa Cup of Nations qualifiers.

“I didn’t get even a bicycle from Hearts of Oak. I bought my car with Black Stars qualification bonus.”

“I couldn’t buy anything with my salary at Hearts of Oak. It was a hand-to-mouth salary”,he told Obama Sports.

Fatawu captained the Phobians to win back-to-back MTN FA CUP trophies as well as the Ghana Premier League title for the first time in 12 years.

W/R: Police go all out in search of killers of eight-year-old...