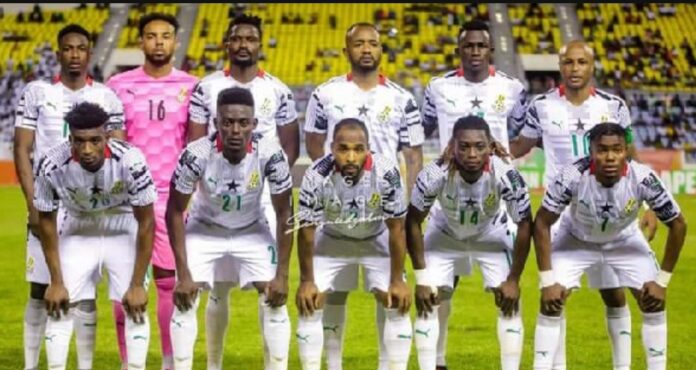 President of the Ghana Football Association, Kurt Okraku says the Black Stars team are of the same quality as other senior national teams in the world ahead of Portugal clash on Thursday.

The football administrator believes Ghana’s senior national team are equally good and therefore can be compared to any other national team in the world right now.

Ghana is making it fourth appearance on the world stage to participate in the 2022 World Cup tournament in Qatar which started last Sunday when host Qatar lost 2-0 to South America side Ecuador.

‘’Let me say that I am touched, I am really, really touched and I am really humbled by this amazing show of support, not only to my leadership but to the team called Black Stars. I understand clearly that you guys have been here for hours waiting to receive your team’’ President Simeon-Okraku said.

‘’We thank you. Indeed, the Black Stars have arrived, and the atmosphere that we witnessed clearly has pushed the adrenaline levels of each one of us, including the that of the players. And you could see clearly on the faces of the boys that they appreciate what you guys have done and it is something that we will not take for granted’’.

‘’Clearly if you look at what happened yesterday in the friendly game and what you guys have shown today, our boys will be very motivated to go all the way in this World Cup’.”

‘’What I can say for a fact is that we have brought to you 26 Warriors. And these boys – our Warriors will give off One billion precent in all the games throughout this period. In saying this, let me say thank you to my big brother Mohamed Noureddine Ismail – the Ambassador, the staff of the Ghana Embassy and all of you.’’

‘’I say one thing to everybody each time we meet and I would like to repeat it today: I say God bless our homeland Ghana and make our nation great and strong’’ he added.