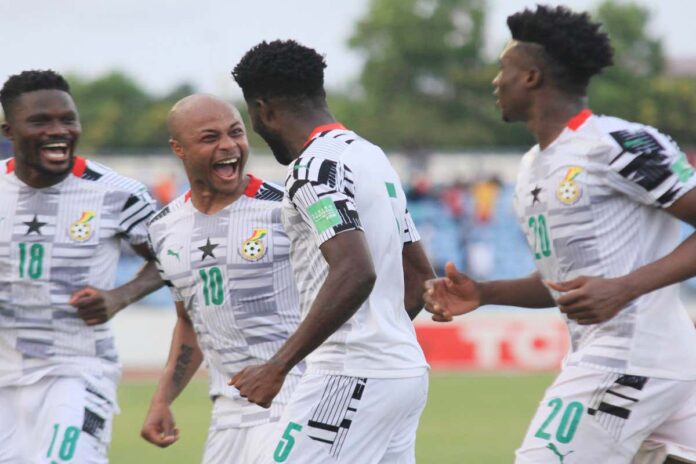 New Edubiase United FC owner, Abdul Salam Yakubu says Ghana will do better than 2010 at the 2022 FIFA World Cup tournament in Qatar which starts in November this year.

The Ghana Division One League Zone Two side president believes that the current Black Stars players have got what it takes to deliver for the nation as they head for the fourth FIFA World Cup appearance.

According to him, with the likes of Thomas Partey, Andre Dede Ayew and Mohammed Kudus available for the team, the Black Stars team will be performing well and do better than 2010 squad by reaching the semi-final of the upcoming 2022 FIFA World Cup tournament in Qatar.

Ghana will play European giant Portugal in the opening game of the tournament on November 24 before taking on South Korea on November 28 and Uruguay on December 2.