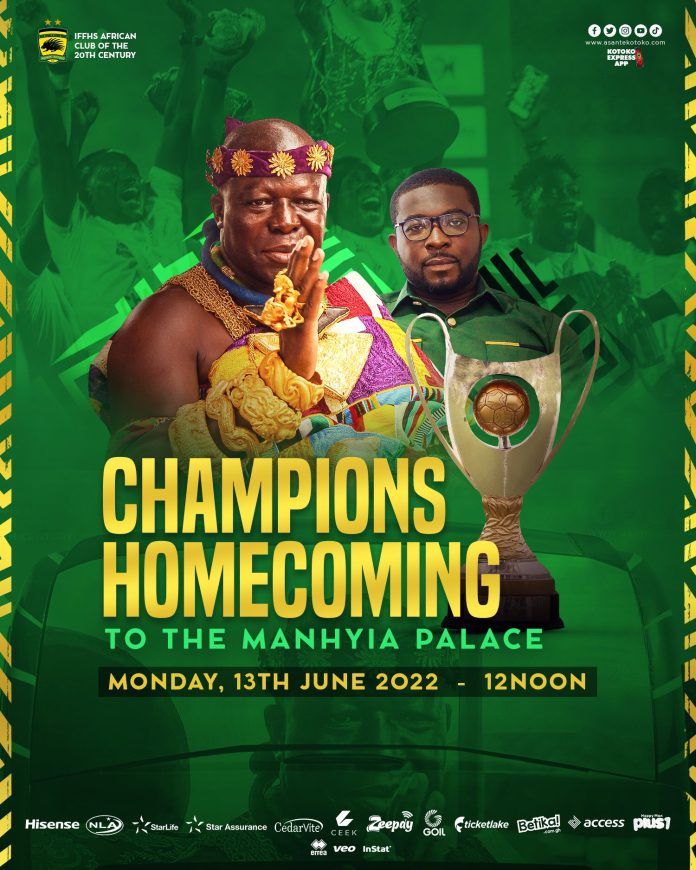 Asantehene Otumfuo Osei Tutu II has urged the club to win the CAF Champions League trophy for him as he’s craving to get a hold of the covetous trophy.

This comes after the Porcupine Warriors won the Ghana Premier League title and received the trophy on Sunday evening against Elmina Sharks FC.

The Life Patron of Asante Kotoko SC, Otumfuo Osei Tutu II also congratulated the team for winning the 2021-22 Ghana Premier League trophy when they visited him on Monday to pay respect and hand over the trophy to him.

The Kotoko owner also charged the managers of the team, coaching staff and the players to win the CAF Champions League trophy after their success in Ghana top-flight football in the just ended season.

The Life Patron of the club also advised the players and the bosses of the club to remain united to be able to be successful in Africa next season.

“I congratulate you for winning the league title, now, you are going to Africa, I will urge you, the CEO, coach and the players to win Africa because it’s been a while I laid hands on the title.“As a team, you need to remain united to be able to succeed.”

Kotoko beat Elmina Sharks FC 3-0 at the Baba Yara Sports Stadium in Kumasi on Sunday evening on the coronation day.