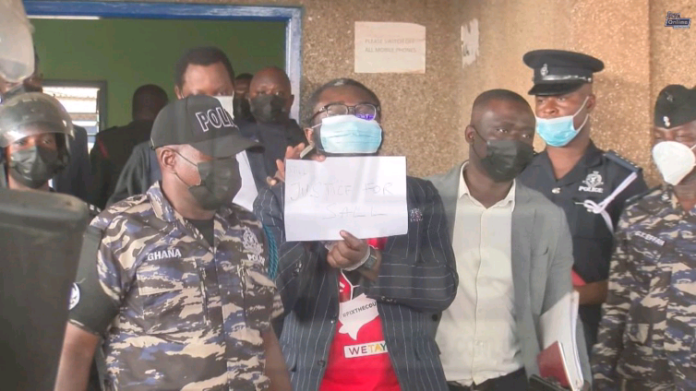 This left the Circuit Court Judge hearing the matter as an additional magistrate, Eleanor Barnes Botwe, infuriated. She warned that she will not tolerate such conduct.

The Court on March 1, adjourned proceedings to Tuesday, March 15 at 8:30 am as it urged prosecutors to speed up the process of filing documents against the youth activist.

Mr Barker-Vormawor is currently facing the charge of Treason Felony with committal proceedings expected to take place at the District Court.

These proceedings will see documents given to the court to enable it to determine whether it’s a matter worthy of being sent to the High Court for trial.

When the case was called on Tuesday morning, the Prosecutors handling the case were nowhere to be found.

A member of Mr Barker-Vormawor’s legal team Dr Justice Srem Sai urged the court to discharge the accused since the prosecution did not seem interested in the case.

Mrs Botwe however opted to adjourn proceedings and remand the accused person as she noted this is the first time such conduct had happened.

A police prosecutor who was in the court for a separate case Chief Inspector George Doe urged the court to wait for at least an hour.

Mrs Botwe however said the late arrival wouldn’t make any difference since the necessary documents required for the committal proceedings have not been filed. She however issued the following warning

“I want to see seriousness in this case. I will not countenance this attitude. If at the next date this happens again, the court will advise itself,” she said.