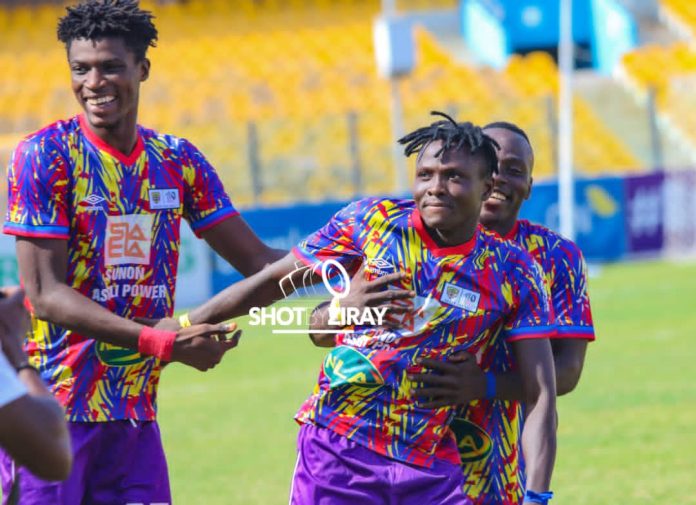 Accra Hearts of Oak defender, Samuel Inkoom has expressed his readiness to play for the Black Stars if he gets a call up to represent Ghana at the 2022 FIFA World Cup.

Speaking to the media after scoring his first goal for Accra Hearts of Oak over the weekend, Inkoom said though he has not played for the national team in the past 7 years, he will be ready anytime when called upon.

He initially wanted to play for his former team Kumasi Asante Kotoko but he was unable to reach a deal with Porcupine Warriors.

He was part of the Kotoko side that won the Ghana Premier League in 2008, before joining Swiss giants Basel.

He also played for the Black Stars between 2008 and 2016, featuring at numerous Africa Cup of Nations (AFCON), as well as the 2010 FIFA World Cup, where Ghana reached the quarter-finals.

The right-back’s last professional club was Georgian topflight side Torpedo Kutaisi, where he stayed for less than a year.