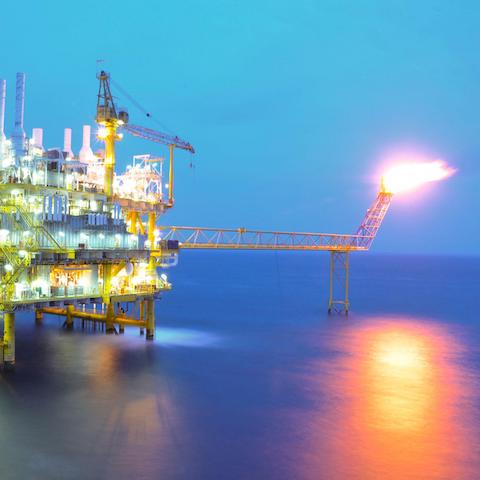 On Thursday 14th February 2019, the Ministry of Finance in a press release sent from Oslo, Norway, confirmed Aker Energy ASA’s “significant offshore resource base in Ghana and [that Aker] has committed to scale up new development in the Deepwater Tano Cape three points block (DWT/CT).”

The statement also said Aker’s announcement was “the biggest oil find in Africa, of 450-550 million barrels, with potential recoverable reserves of nearly one billion barrels.” At today’s Oil price of $65 per barrel, that field is worth at least $30 billion (bn).

Given the fact that this impressive find constitutes additional oil discovered in Aker’s contract area previously held under an old Petroleum Agreement (PA) which lapsed in 2014, it is our considered view that the additional oil discovered in 2019 are essentially not covered by any of the Petroleum Agreements (PA) in force. Hence those additional finds require a new Petroleum Agreement should be negotiated under the Petroleum (Exploration and Production) Act, 2016 Act 919. Were this to be done, Ghana stands to gain an estimated $9bn, through potentially 25% to 30% increased equity interest and royalties (assuming 5% royalty plus 15% carried interest plus 5%-10% additional participating interest in block) in the short term plus any potential corporate income tax and the windfall additional oil entitlements (AOE) in the long term. As things stand, Ghana stands to gain a paltry 14% of increased equity interest and royalties (10% interest in block + 4% royalty) amounting to $4.2 bn in the short term, representing a potential loss of $4.8 billion – that is, $9bn less $4.2 bn.

On Monday 3rd March 2019, Aker in a press statement posted on their website stated “We are pleased to announce another successful well as the operator of the DWT/CTP block. The drilling result is another confirmation of the geological model for the area. The discovered resources from the well will further strengthen the robustness of the Pecan field development. We will now continue the appraisal drillingcampaign while finalizing the Plan of Development to be submitted by the end of March,” says Jan Arve Haugan, CEO of Aker Energy.”

However, it would appear we may not be exacting the maximum interest from this significant find. GNPC may have sold Ghana short by allowing Aker to assume fromthe start that these new oil discoveries automatically fall under the existing Petroleum Agreement (PA), which is erroneous. At the least, Ghana could have exercised its right to take up the 10% additional equity option in the Aker Block. The failure refusal or negligence to do this is truly startling for a developing nation which needs to make the most of its natural resources.

We are submitting the questions below for your perusal in the hope you will take the opportunity to correct any misapprehensions:

1. When was the original Hess Agreement ratified by Parliament and what was the total exploration period duration and when did exploration cease; and, did the minister of energy give any extensions?

4. At the time of Hess’ exit, what was the status of the various discoveries and what period was the PA in? Was it Exploration period or Appraisal period? Or past these periods for each discovery?

8. What was the status of the Pecan discovery at the time of Hess’ exit? How many wells had been drilled? Was any well drilled during Appraisal Period?

9. Did Hess propose a discovery area, including hydrocarbon pay sections, which excludes what is now being explored by Aker Energy?

10. Did Hess identify the Oil Water Contact for the Pecan discovery or any other discovery?

11. What was the condition under which Aker was allowed to drill Pecan 4A, and Pecan South? What was the objective of the drilling program approved by PetroleumCommission?

12. Is there any pressure communication between the reservoirs of the Pecan4A and Pecan South-1 wells drilled?

13. If there is no pressure communication or connection between the reservoirs at Pecan 4 and those at Pecan South-1, is that not what the PA defines as a discovery?

14. How is the Pecan South well classified?

15. How the cost of that well is treated – Development cost or exploration cost- taking into consideration the fact that GNPC does not pay for exploration, and that the exploration period has expired?

16. What is the condition under which Aker would be drilling Pecan South East well? Again what is the objective of the well? How is that well classified? Is it an Appraisal well or an Exploration well?

The reason why these questions and the answers we seek are important is that we believe a new Petroleum Agreement for this new Discovery will give Ghana 15% Royalty whereas the existing HESS/Aker Petroleum Agreement gives Ghana 3-5% Royalties, a very significant 10% difference.

We note Aker has submitted a Plan of Development for the areas in question.

On 28th March 2019, in a press statement posted on Aker’s website, it indicated that, as the Operator of the DWT/CTP contract area, on behalf of its partners, Ghana National Petroleum Corporation (GNPC), Lukoil Overseas Ghana Tano Limited and Fueltrade Limited, has submitted an Integrated Plan of Development and Operations (PDO) to Ghanaian authorities for the Deepwater Tano / Cape Three Points (DWT/CTP) block offshore Ghana.

However, a careful review of the submitted POD reveals that it may not deliver the best value to the good people of Ghana. Also, from our investigations, it looks like there wasn’t much collaboration with all the relevant stakeholders in the various fields prior to proposing development strategies for some of the fields that straddle other blocks. These and other things make the under-listed questions very relevant:

1. Aker’s Petroleum Agreement and the laws of the land require it to submit a POD in a particular format. Among others, the POD is to be based on detailed engineering studies and include estimated production profiles, proposal for the delineation of the development and production area, etc. Would you say that the POD Aker submitted followed this prescribed format for ALL the discoveries in your contract area? Kindly note the emphasis on the word “all”.

3. In Aker’s POD, the company indicated that it will take a decision on the Beech field in 2025 and bring it into production in 2029 contrary to what was earlier communicated to Ghana’s Finance Minister barely a month ago:

a. What informed this decision?

b. Was this decision taken in consultation with the other operators?

c. What happens if Aker decides, in 2025, not to develop that field, will the nation not have lost out?

4. The Finance Minister is reported to have told investors in Norway that Aker was considering bringing a field (the Beech field) into production before the end of 2020 or 1st Quarter 2021, is that still the case?

5. In the aforementioned press statement on Aker’s website, it indicated that “In addition to the FPSO for the Pecan field development, Aker Energy has entered into an option agreement with Ocean Yield ASA for a second FPSO, Dhirubai-1. If the option is exercised, Dhirubai-1 could either be used to accelerate production or for other, potential developments dependent on volumes and geographical distribution of these”:

a. What informed the decision to enter into an option agreement for an FPSO even before submitting a comprehensive POD for these “potential developments”?

b. The “potential developments”, do they straddle other contract areas?

c. If some of them do, were the operators of those fields consulted before Aker entered into the option agreement with Ocean Yield ASA?

Once again, the reason why these questions and the answers we seek are important is that we believe closer cooperation with all relevant stakeholders in agreeing a strategy for developing the field would present the country a much better deal than one developed by a few stakeholders.

Fuel prices to remain stable due to Cedi appreciation – IES