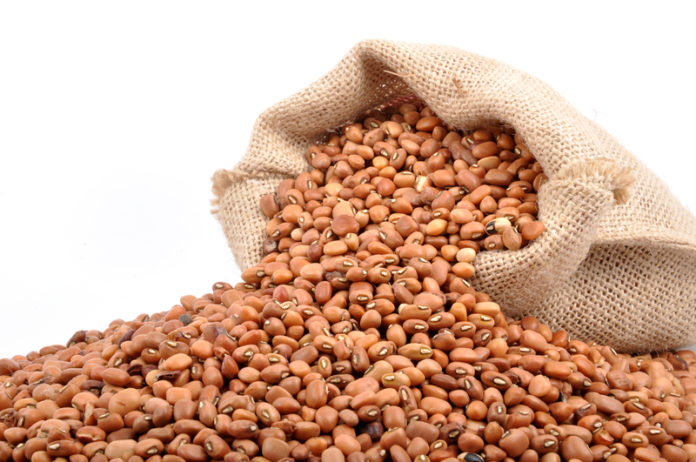 Some stakeholders in agriculture have warned that if Ghana delays in the implementation of the Genetically Modified (GM) safety law, farmers will be forced to smuggle Biotechnology (BT) cowpeas from Nigeria into the country to grow.

The new BT cowpeas if introduced to farmers to grow, will boost productivity and avert the danger of food insecurity looming in the country.

Speaking during a media interaction by the African Agricultural Technology Foundation (AATF) and some leading scientists in Accra on the state of the Pod Borer Resistant (PBR) Cowpea Project in Ghana, Prof. Walter Sandow Alhassan, a former Director General, CSIR, Ghana, expressed worry that should farmers sneak the seeds into the country to cultivate, they will not be able to assist them with the needed technology to sustain its potency.

He noted that both traditional and BT seeds look the same, therefore farmers can easily plant them at the blind side of consumers.

Biotechnology involves the use of living organisms to modify products for use.

The cowpea was developed after nearly a decade of research by scientists who introduced a gene from Bacillus thuringiensis, a natural occurring, soil-borne bacteria long used in organic agriculture, into local varieties of cowpea. Their field studies confirmed it confers near complete protection against the pod borer, according to the Alliance for Science.

The stakeholders said Bt cowpeas are essential for food sustainability in the country, hence the need to facilitate its production.

Prof. Sandow Alhassan indicated that if authorities fail to take the necessary steps to ensure its availability to farmers, they will find other means necessary to grow the Bt crop since farmers are optimistic about its prospects.

“Nigeria has released the Bt cowpeas now, it’s in the hands of farmers, I dare say that if we delay with the legislation, our farmers will smuggle it and start growing it because you and I cannot distinguish between a GMO cowpea and non GMO cowpea if you don’t take it to the lab, they all look the same. The farmers will start growing it, and they will grow it to a point that even if you find out that they are growing GM cowpea, you can’t stop it because the farmers say they want it”, he said.

The new variety if introduced, will increase the yield of farmers by more than double, while reducing the cost of product drastically as well.

Farmers are likely to harvest a minimum of about 1.7 tons per hector as against the 500kg per hector being harvested now.

Speaking to journalists on the sidelines of the programme, Dr Jerry Nboyine, PBR Project P.I CSIR-SARI, Nyankpala said the nutrients of cowpeas is essential to the human body as it can substitute animal protein for those who cannot afford.

“It’s really very important because traditionally cowpea or beans is called the poor man’s protein, so if you cannot afford meat in your meal and you have cowpea in your meal, it takes care of your protein requirements, but then on the average the yield that farmers get is about 500kg per hector which means that if you look at the maxi bag, that is 5 maxi bags after a farmer has cultivated over 2.5 acres of land. If you compare that to maize, a maize farmer can get as much as 20 maxi bags from that 1 hector, but for cowpeas, 5 maxi bags, that is how bad it is and that is why cowpea is actually very expensive”, he said.

Due to the resistance of pest in this new genetically modified crop, farmers will spend less amount of pesticide compared to the traditional non Bt cowpea being planted now.

However, Dr. Nboyime noted that the new Bt cowpea is very resistant to the famous pest. He said, “That particular pest is a troublesome pest in cowpea production. It attacks a plant at the flowering stage, then from the flowers, it also moves when the pods start forming to move in to attack the pods. This pest can cause up to 80 per cent yield lost on farmer’s field and it has been a major worry for our farmers”.

Dr. Issoufou A. Kolo, PBR Cowpea project manager, AATF, added that cowpea production is very important in the socio economic development, hence the need to improve and increase its production. “Cowpea is a very important crop in Africa. It is one of the major source of protein for our population. It is also a good source of vitamins and folic acid, it also provides a lot of iron to our populations. And besides being food for human, it is also a very important cash crop, it is used extensively to feed animals, especially ruminants”, he noted.

As to whether scientists in Ghana are ready to produce the new cowpea, the former CSIR boss affirmed that, Ghana is ready to use the modern biotechnology because scientists have been involved in its research since 2003, therefore they have the capability to create the seeds which will not only solve some pertinent issues in the agric sector, but also other areas. “The modern biotechnology has a high capacity to solve problems, not only agriculture, but in medicine that actually has the most use. The insulin that we have been using for many years, it is GMO,” he stated.

They also called on government to invest in science and research to propel the development of the nation.  “We hope that government will put money into science, that is how the nation can develop”, Dr. Alhassan said.

Meanwhile, the scientists also lashed out on anti-GMO campaigners for the misconceptions they are creating about GMO foods.

Dr. Ibrahim D.K Atokyle, PBR cowpea project and former Principal Investigator, challenged individuals who are asserting that GM foods are not healthy for human consumption, to show scientific proof of their claims.

He argued that GMOs do not cause any harm to the body as being speculated that they are not natural or safe. He said what GMO is trying to do is to explain the art of creation, therefore it is natural. “Anybody who says GMOs are not natural, it is not true. Some will say we want organic foods, others will say we want natural foods, they are all the same”, he emphasized.

If the GM cowpea is released by Ghana now, it will be the third sub-Saharan African country after South Africa and Nigeria to approve local production and sale of GM foods.

The PBR Cowpea Project is a public-private partnership that is developing and disseminating cowpea with resistance to Maruca pod borer for increased productivity.  The project partnership that brings together leading African and international institutions is led by AATF through support of the United States Agency for International Development (USAID).