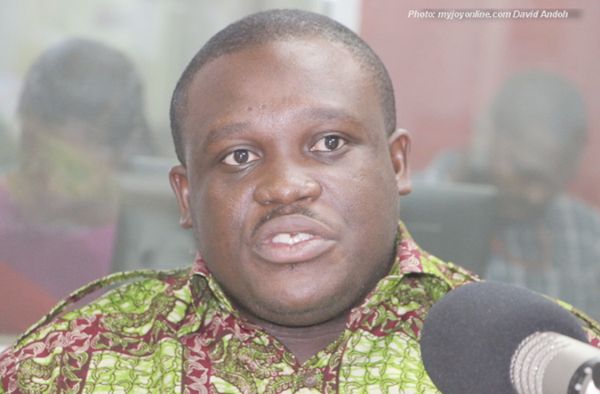 The National Democratic Congress (NDC) Member of Parliament (MP) for Ningo Prampram constituency, Mr Sam George, has called on the government to implement the United Nations (UN) conventions on the statelessness of refugees in the country.

According to Mr George, the government must show commitment towards fulfilling the terms of the UN conventions which secures the rights of refugees by means of providing them with national identity documents within their countries of refuge.

“We are calling on the government, and this is even a move I have started with the Speaker of Parliament for Ghana, to ratify the two conventions on statelessness so that we can have a seamless integration of these refugees into our local Ghanaian communities,” he emphasized.

Mr George made this call when he took part in the “Step for Safety” walk organised by the United Nations High Commissioner for Refugees (UNHCR ), in Accra last Saturday.

The “Step for Safety” walk is an event organised in various African countries in the quest to create awareness on the plight of refugees.

The two conventions on stateless refugess are the 1954 convention and the 1961 Convention which talks about the status and reducing the statelessness of refugees.

In February 2015, member countries of the Economic Communities of West African States (ECOWAS) signed a treaty known as the Abidjan Declaration to pledge their support towards the UNHCR’s campaign to end refugee statelessness by 2024.

Although the declaration was later endorsed in May 2015 by Heads of States during an ECOWAS Summit in Accra, Ghana remains one of the few countries yet to create a regulatory framework to eradicate statelessness in the country.

By international laws, a stateless individual is someone who is not officially recognized as a national by any state under the operation of its law.

The UNHCR representative in Ghana, Ms Esther Kiragu said the four kilometre walk was organised as part of efforts to create awareness on some unavoidable difficulties refugees constantly faced as a result of having to flee their countries.

She said factors such as the outburst of civil unrest, violence, and persecution had now resulted in 68 million refugees recorded worldwide with over 24 million of such people being identified as Africans.

Out of that number, Ghana currently shelters 13,000 thousand refugees hence the decision by the UNHCR to sympathize with them.
Ms Kiragu further disclosed that the UNHCR would replicate the walk in other African countries like Burkina Faso and Senegal.

For his part, the Programme Coordinator at the Ghana Refugee Board (GRB), Mr Padi Tetteh bemoaned the lack of funding as a major challenge hindering the agenda of advancing the cause of refugees in the country.
That he said was because, Ghana was not considered as an emergency country in desperate need of funds unlike other countries.

“Ghana is not considered as an emergency and so the funding that comes to refugees in Ghana continues to dwindle by the day.”

He added that “sometimes funds were allocated to the country but later withdrawn and sent other places with pressing situations,” he said.

Due to this phenomenon, Mr Tetteh appealed to the public to support the refugees in any way possible.

He said the could be through donations as well as other forms like providing employment opportunities for the refugees.

“As an institution, we now want to offer skills and training to these refugees so that they can offer relevant services to the nation and become a part of us” he said.