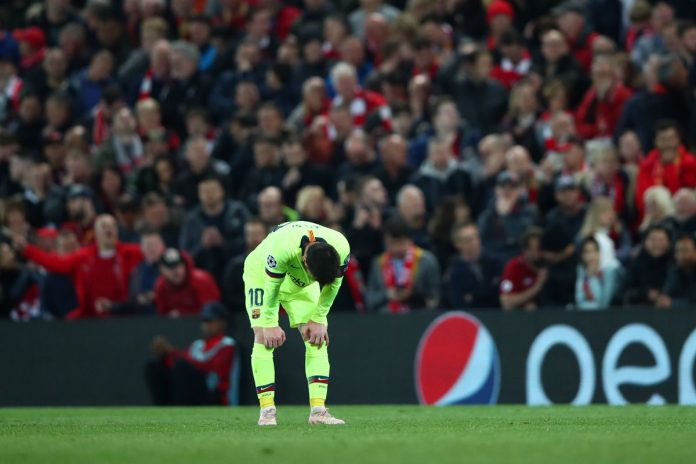 The story of how the Spanish Armada failed to overcome English forces in 1588 would be told forever and a day, but this week has been all about the latest triumph of England over its long-standing rival.

It’s a modern-day feud contested, not on the high seas, but on the pristine pitches of high-level European football, and has seen the pendulum of supremacy swing between two countries that have established themselves in this century as the club game’s biggest superpowers. By the end of the 2012/13 season, Spain and England were tied on 13 Uefa Champions League titles apiece – a jointly held record. Since then, however, Spanish clubs have gone on rampage, with at least one featuring in each final of the continent’s elite competition in that period, conquering every time. And quite conspicuously, during said spell, not a single English club advanced that far in the Champions League.

In Europe’s secondary competition, the Europa League, Spain has been just as relentless and imperious. Five of the last seven titles have landed in Iberia, with England finding scant consolation in picking up the other two. Such dominance in a sport the English claim to be custodians of only strengthened the case of those who argue that Spain’s La Liga is an upgrade on whatever is served in England’s Premier League, and a clapback was direly needed by the latter.

It didn’t look like that would be delivered this season, though, with the trio of Manchester United, Chelsea and Arsenal underwhelming domestically, while Liverpool and Tottenham Hotspur appeared destined to end another campaign with their ‘nearly men’ tag intact. Pep Guardiola’s fearsome Manchester City seemed to hold the brightest prospects, but even they are without pedigree in Europe and are relatively new faces at the table. At the other end of the power balance was Real Madrid with the bounce of three successive Champions League titles, Atletico Madrid with the swagger of last year’s Europa League success, and Barcelona with, well, Lionel Messi and everyone else in tow.

But then those Spanish giants begun to fall in a manner not very unlike the ships of the Armada all those centuries ago: Madrid to ‘little’ Ajax in the Round of 16, Atleti to a Cristiano Ronaldo-inspired second-leg Juventus masterclass at the same stage, and Barca to a merciless slaughter at Anfield two rounds later. When the dazzling glare of what’s arguably the most intense knockout phase in Champions League history cleared this week, only two clubs stood – all English, and a most unlikely pairing.

Liverpool and Spurs haven’t won anything in the last seven and 11 years respectively, and neither has celebrated a league title win in decades. Both are also out of Uefa’s ten top-ranked clubs at present and are set to finish behind City in the Premier League this season despite impressing very much. Yet, somehow, it’s those two – following some incredible acts of escapology even Harry Houdini would covet – that will grace the final of this year’s Champions League in the Spanish capital, Madrid – of all places!

It’s almost as piercing as Graeme Souness planting a Galatasaray flag on Fenerbahce’s pitch at the end of a particularly fierce Istanbul Derby game – only worse.

See, this year’s Europa League final also happens to be an all-English clash, although Spain — and, indeed, the rest of ‘mainstream’ Europe – can watch from a more comfortable distance when London rivals Arsenal and Chelsea cross swords in Baku, Azerbaijan.

Put together, that’s quite a clapback from England to Spain – deafening and maddening. The Spaniards may well have their turn in the big lights in the not-so-distant future — perhaps even resuming the broken monopoly — but the current hour belongs to the old enemy. Take a bow, England!