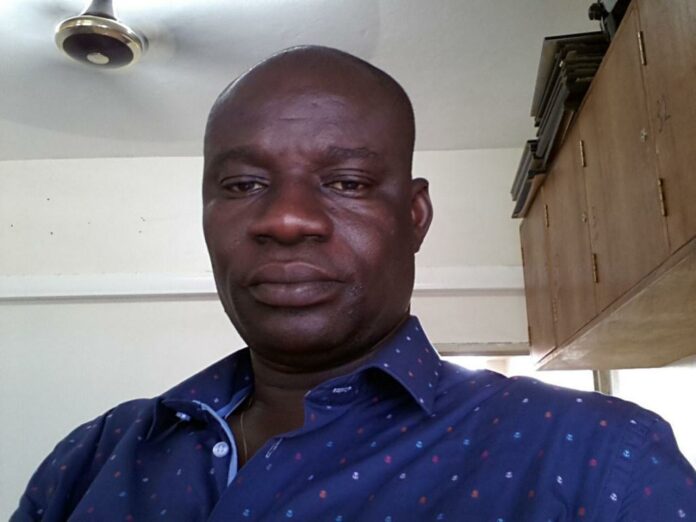 It has been revealed that months after EOCO began investigations into lithovit foliar fertilizer, based on the recommendations of a top COCOBOD official, ironically, the same official initiated process to get the certificate of lithovit, which is a subject of investigation, renewed.
The said top official, Dr. Yaw Adu-Ampomah was the head of government’s transition team on Cocoa affairs who subsequently chaired COCOBOD internal investigations into deals entered into by the previous administration including the procurement of lithovit fertilizer between 2014 and 2016.

It was as a result of this internal investigation that Dr. Adu-Ampomah, who was then the Deputy Chief Executive of COCOBOD, recommended further investigation into the purchases of lithovit fertilizer under former COCOBOD boss, Dr. Stephen Opuni under the pretext that it was substandard.
Interestingly, the High Court in Accra on Monday, March 22 heard that months later, whilst investigation was ongoing, Dr. Adu-Ampomah in 2017 wrote to CRIG to renew certificate on lithovit fertilizer produced by Agricult Ghana Limited, a product which credibility he himself has questioned.
His letter dated March 9, 2017 was titled: “Renewal of Certificate for 2017 – Agricult GH Ltd”.
The letter was addressed to the Executive Director of CRIG, Dr. Franklin Manu Amoah who is the first prosecution witness in the trial of Dr. Opuni, businessman Seidu Agongo and Agricult Ghana Ltd.
Dr. Yaw Adu-Ampomah has himself testified in the trial as the third prosecution witness, with a suspended charge of perjury around his neck.
“We forward to you the attached request from Agricult Gh. Ltd for the renewal of the registration certificate of Lithovit fertilizer. Copies of the previous year’s certificate attached.
“kindly undertake the necessary verification on the product and renew the certificate for the year 2017.
“You can count on our co-operation,” Dr. Adu-Ampomah’s letter to CRIG read in full.
The letter was received by CRIG on March 14, 2017 and was minuted on a day after (i.e. March 15) by the Executive Director of CRIG to the Chairman of the Committee on Testing Chemicals and Machinery (CTCM).
The Chairman of CTCM was also asked to “kindly ensure due diligence in the re-evaluation of the product and submit report for forwarding to COCOBOD.”
The letter was again forwarded on March 16, to the Head of Soil Science at CRIG.
The trial investigator, Chief Inspector Thomas Prempeh Mercer under cross examination on Monday, March 22, 2019 acknowledged the letter written by Adu-Ampomah as well as other documents on lithovit fertilizer.
“Now Sir. by the 14th of March, 2017 when Exhibit 29 was received in the office of the Executive Director of CRIG, investigations had already commenced into this matter that is correct,” lawyer for the 2nd and 3rd Accused Nutifafa Nutsukpui who is holding brief for Benson Nutsukpui asked the witness.
“Yes My Lord by EOCO,” Chief Insp. Prempeh Mercer confirmed.
The witness also confirmed seeing various letters from CRIG inviting Agricult Ghana Ltd to make payments towards the cost of renewing certificates for Lithovit.
He also confirmed seeing invoices covering those payments as well as receipts evidencing payments made by Agricult to CRIG for the renewal of its certificates for lithovit fertilizer in 2014, 2015, 2016 and 2017.
Find excerpts of March 22, 2021 cross examination below
Q: Now Sir, during your investigations you came across CRIG certificates in respect of the Lithovit for 2015 and 2016.
A: Yes My Lord including 2014
Q: Kindly confirm to the honourable court that the documents that you have are the CRIG certificates for 2015 and 2016 Exhibits 4 and 4A
A: Yes My Lord
Q: Now Sir, during your investigations did it come to your attention how CRIG evaluated the products before renewing their certificates
Yes, My Lord.
Q: Sir, you found out that as part of the evaluation process, CRIG collect samples of the products that had been distributed and that were being used by the farmers, that is correct.
A: Yes, My Lord that is the procedure.
Q: And Sir, you see as part of that process also CRIG interacts with the farmers to ascertain their views on the particular products being evaluated by CRIG, that is correct.

We didn’t intimidate any ethnic group in Banda – GAF