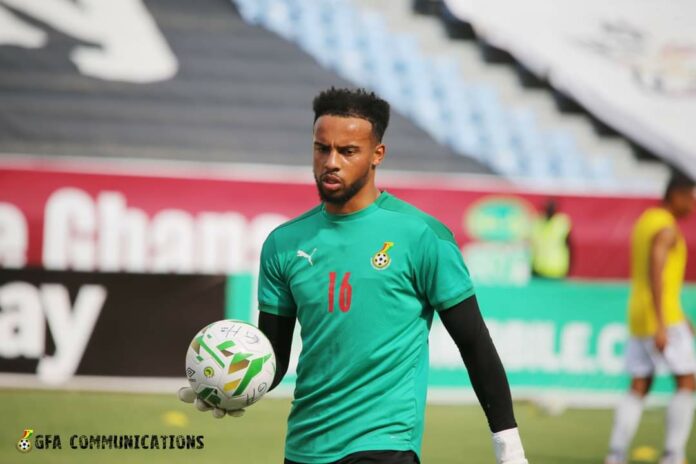 New Black Stars goalie, Joseph Luke Wollacott says it is a dream come true for him to play for his country of origin, Ghana.

The 25-year-old England-based short stopper was in goal for the Black Stars when they dispatched the Warriors of Zimbabwe 3-1 at the Cape Coast stadium on Saturday.

After making his Ghana debut, the goalkeeper could not hide his excitement as he took to his social media page to express how it feels to play for the four-time AFCON champions.

“A dream come true to make my international debut for @ghanafaofficial thank you all for the support”, he wrote on social media.

Wollacott looked decent and composed in Ghana’s goal and was praised by head coach Milovan Rajevac after the game though he couldn’t keep a clean sheet on his Ghana debut.

I couldn’t have rejected Dusseldorf – Ampomah