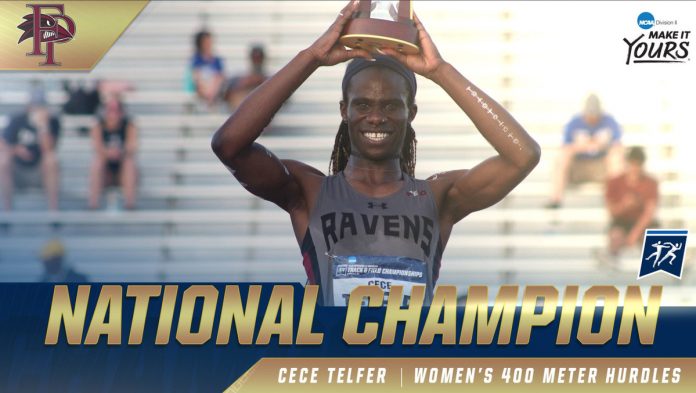 Nothing seems to make sense anymore and, as a matter of fact, not much premium is given to really cogent thought processes and actions these days.

Once someone succeeds in getting a cheerleading bandwagon to buy into a hideous new trend they postulate, it really doesn’t matter if the logical outworking of such an idea could have a damning effect on society and totally throw out of gear all the gains humanity has made since the beginning of time.

I just read a story online of this American ‘male’ athlete who, in 2017, was ranked 390th in the NCAA track and field division’s 400-meter hurdles. In an absurd move — which, sadly, is now thought of as the new normal — ‘he’ decided to have a gender switch, transitioning into a ‘woman’ and competing in the women’s event just a year later.

‘She’ is now national champion!

Sad as such recent developments in the gender conundrum may seem, they are funny, too, because one of its biggest proponents — the ‘militant online feminist movement’ — would rather watch on as the women they claim to advocate for continually get the shorter end of the stick.

This is a classic ‘Trojan Horse’ case where men who underperform against their male counterparts devise a strategy to get out of their misery. The first step is to present themselves as victims, before switching into female bodies so that they can dominate gender-categorized competitions – the ultimate shortcut to success!

That may seem to give credence to the assertion that men and women are not equal in their abilities after all, but both genders (and I use ‘both’ advisedly because, then again, these aren’t normal times) have equal rights and access to opportunities, and should thus be treated fairly based on their strengths and weaknesses.

To illustrate, men should shoulder responsibilities that involve the use of sheer power, while women concentrate on those activities that are not as physically tasking. But let me make a concession: anyone can be whatever they want to be.

I have my thoughts about all of these, but I will not [openly] discriminate against anyone based on my sentiments. See, the whole purpose of keeping mute and allowing people to do whatever they please is defeated when those very actions also oppress and disenfranchise other people.

A little prescription for the malady, though: women who fall into the right testosterone range for any sporting event should be allowed to compete against each other, as should men in their own categories. And those who choose to transition into either gender?

Well, they ought to compete in their own special events.

That way, everyone wins!