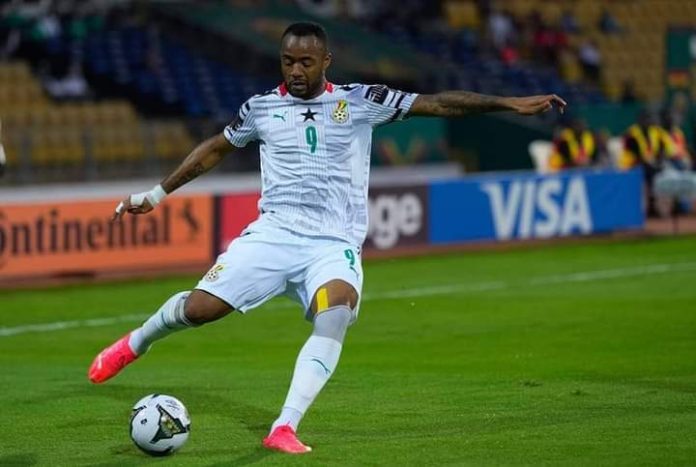 Ghana coach Otto Addo has says under fire forward Jordan Ayew is the leader of the Black Stars ahead of the second leg of the 2022 World Cup playoff against Nigeria.

According to him, Jordan Ayew is the leader of the team and also an important player in the squad in their quest to book their tickets for the next FIFA World Cup tournament in Qatar later this year against Nigeria tonight.

Ayew was booed by the fans in Ghana’s first leg encounter against the Super Eagles at the Baba Yara Sports Stadium on Friday.

Not surprisingly, Coach Otto Addo has come to the defense of the Ghana forward ahead of the crucial game against the Super Eagles in the second leg.

Otto: “He’s the leader of this team and an important player”, Otto Addo said at the press conference.

Jordan recovered from a coronavirus infection earlier this week and trained once before the game against the Super Eagles of Nigeria in Kumasi at the Baba Yara Sports Stadium.

Not only was he booed during his substitution, but fans also booed him as he entered the Black Stars bus after the game.