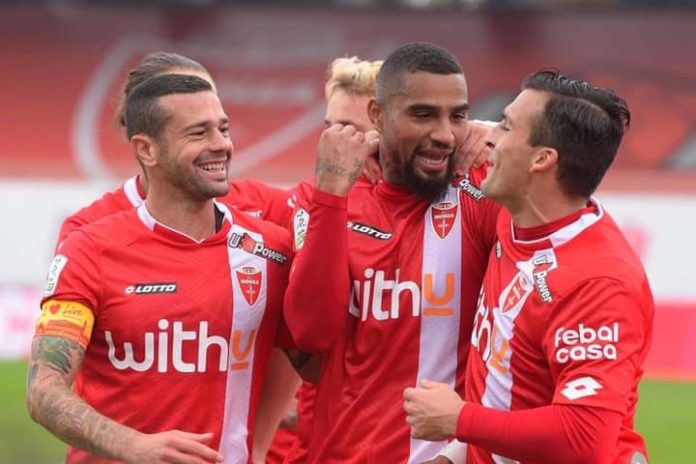 The 33-year-old former AC Milan man scored a 29th minutes goal to put the Red and Whites 1-0 up before the the half hour mark.

The host were reduced to 10-men when Antonino Barilla was shown the exit door two minutes to the end of the first 45 minutes.

Chievo Verona made the most of their numerical advantage as Filip Djurdjevic scored on the 49th and 64th minutes respectively to turn the fortunes into the visitors favour when won the match with a 2-1 score line.

Boateng has played three times games in the Serie B for AC Monza in the 2020-21 season and has a goal to his name.