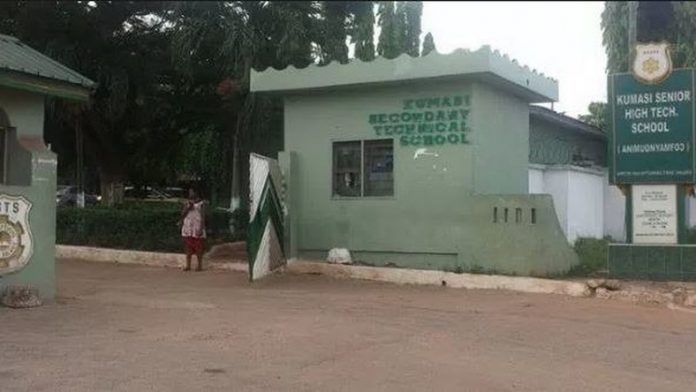 Security agencies in the Ashanti Region have warned of planned reprisal attacks in the ongoing annual Inter-School soccer competition in Kumasi.

It comes after two final year students of the Kumasi Senior High Technical School were admitted at the Komfo Anokye Teaching Hospital —following a brawl at Prempeh College, last Wednesday.

The two, Patrick Hayford Arthur and Prince Boateng —were returning from the Kumasi Girls’ SHS, where their game was played.

The victims were caught up in a free-for-all brawl at the venue which hosted Oppong Memorial SHS and TI AMASS of Kumasi —who have both reached the elimination stage of the competition.

The match ended abruptly after referee, Christopher Ansah awarded a penalty in favour of TI AMASS— a decision which sparked anger among their opponents.

Players of Oppong Memorial SHS, who became infuriated, staged a walk off in protest of the decision.

In what has been described as a spontaneous attack, some of the spectators invaded the pitch in an attempt to attack the referee.

It took the timely intervention from the police to maintain calm.

It is gathered that Master Patrick Hayford Arthur, who sustained head and neck injury was admitted at the Komfo Anokye Teaching Hospital after he felt unconscious.

He was said to be receiving treatment when police visited him at the facility.

Police have since begun investigations into the matter.

The venue hosted other schools including Kokofu SHS, Banka Community and Krofa SHS, Islamic SHS among others.

The Ashanti Regional Secretariat of the Ghana Education Service were yet to be informed of the development at the time of filing this report.

‘Domelevo’s exit prescribed by statute, not my making’ – Akufo-Addo