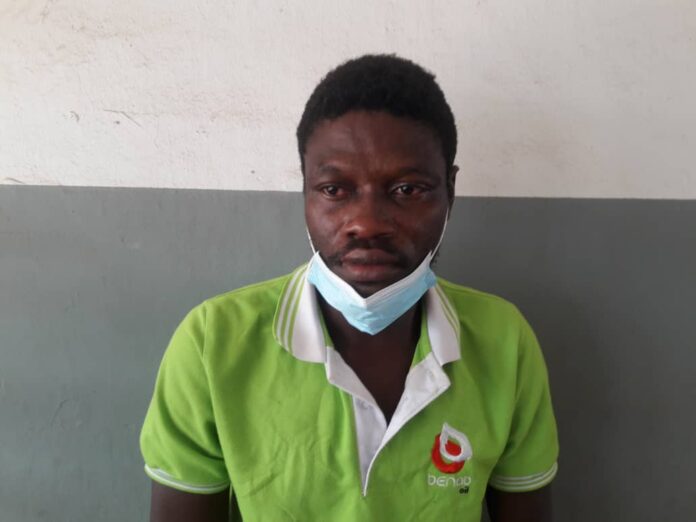 A magistrate court at Mampongteng in the Ashanti Region has for the second time remanded the man who reportedly murdered his girlfriend over ¢15.

Prosecutors told the court on Tuesday, March 30 that a duplicate docket on the case has been sent to the Attorney General’s office for advice.

Prosecutors told the court it was waiting for the said advice from the Attorney General and therefore prayed for adjournment.

The suspect, Ebenezer Korang, a 30-year-old plumber is facing a provisional charge of murder after he was arrested for killing his girlfriend named as Abigail Adoma.

Following prosecutor’s submission the court remanded the suspect into police custody and adjourned the case to April 20, 2021.

According to the Tafo Pankrono Police, the suspect gave ¢185 to his deceased girlfriend, Abigail Adoma, for safekeeping.

This was after he had followed the deceased to her Sunyani home threatening not to allow anyone to marry her.

Reports say the suspect, asked the deceased to meet him at a spot near a public toilet at Tafo with the money.

But, Abigail insisted that Ebenezer comes over to the house for the money instead.

Adoma later handed ¢170 instead of the ¢185 which infuriated the suspect resulting in a heated argument between the two lovers.

She was pronounced dead on reaching the hospital.

The two had been dating for the three years, according to local reports.