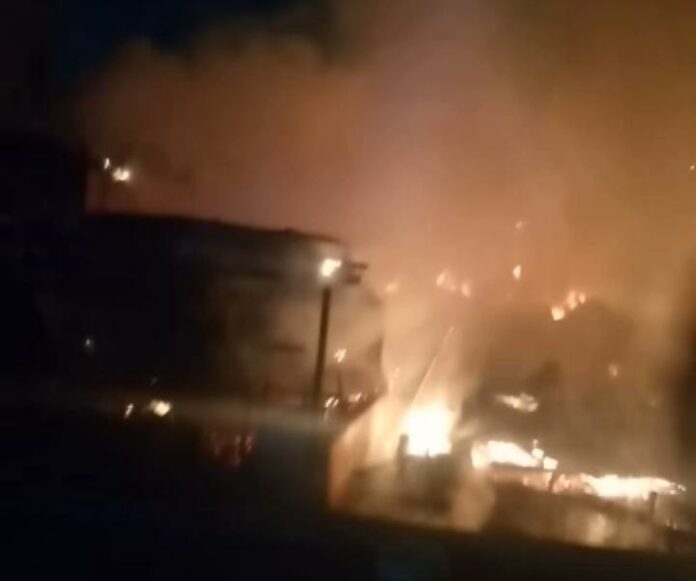 A massive fire has swept through portions of a slum at Krofrom in the Ashanti Regional capital, destroying at least 30 wooden structures and forcing affected victims to evacuate.

Firefighters who rushed to the scene about 2:46a.m to battle the blaze say Investigations have begun.

DO I Amos Abban of the Manhyia Fire Command said no casualty has been recorded.

“We accessed the situation and saw that one fire engine cannot put off the fire and so we requested for another engine from KNUST fire station to assist and so we were bring the fire under control”, the officer stated.

“Now we are investigating and we will make the report known to the public when we are done”, he added.

Some affected traders were salvaging their wares when the news team was leaving the scene.

This is the latest fire incident recorded in the metropolis after a similar incident at Adum near a COCOBOD building.

One person died while several others lost their properties to the fire that broke out about a week ago.

Meralco-led PDS plans to pull out investment in Ghana over...