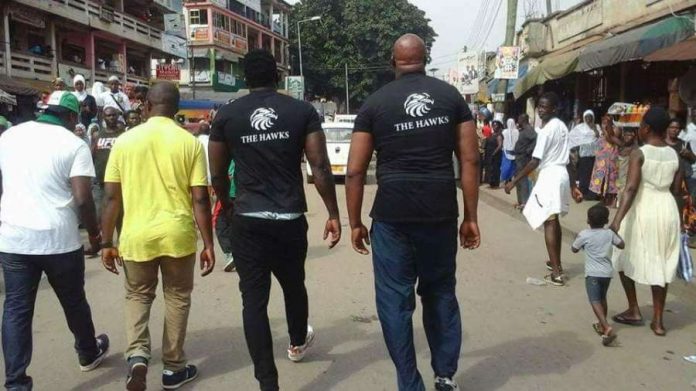 The police in the Ashanti region on Monday declared four persons linked with the vigilante group of the NDC – The Hawks – wanted following a shooting confrontation at the party’s regional office.

One person died from gunshot wounds during the confrontation with another in critical condition at the Komfo Anokye Teaching Hospital.

The police in a statement said the suspects are Warrior, Damous, Migyima and Abu Tariban.

The crime scene has also been cordoned off to enable the police conduct investigations.

The shooting incident happened during a meeting which was being chaired by the General Secretary of the NDC, Johnson Asiedu Nketia, at the party’s Ashanti regional office in Kumasi Monday.

The incident disrupted the meeting which was being held to address a misunderstanding between the regional chairman of the major opposition party Nana Kwasi and a key member Joseph Yamin.

Media reports say both men brought their groups who clashed outside while the meeting was ongoing.