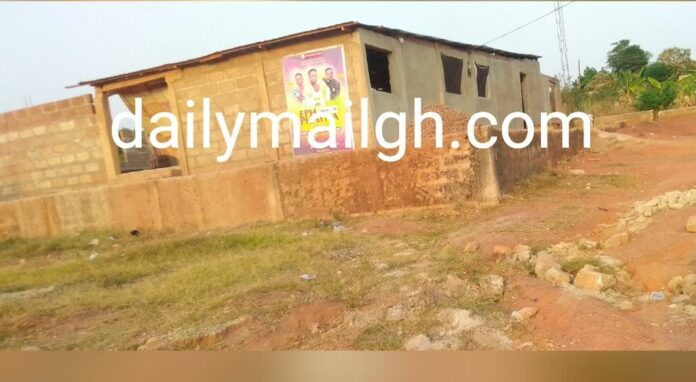 Three persons have been injured after a gang of armed robbers attacked members of the Action Prayer Ministry during an all-night prayer service over the weekend.

The incident occured at about 2 am Saturday dawn, police sources told dailymailgh.com.

The victims, aged between 2 to 22 were hit after one of the robbers, who was wielding a locally manufactured pistol fired into the congregation forcing others to flee for safety, witnesses say.

“All three victims sustained minor gunshot wounds on their legs”, one of the congregants who pleaded anonymity told dailymailgh.com.

Police from the Abuakwa Division rushed to the scene located at Atwima Koforidua following a distress call.

Church members had succeeded in arresting one of the attackers whose named has been given as Sunday Ayine, 22. He is a driver’s mate.

An accomplice whose name was only given Emmanuel is currently at large, the police said.

Seven BB cartridges and one spent empty shell were found at the scene. They have since been retained.

The victims were receiving treatment at the Komfo Anokye Teaching Hospital (KATH) at the time of filing this report.

Head pastor of the church, Adu Boateng declined to comment on the matter.

Coronavirus: immigration to US to be suspended amid pandemic, Trump says