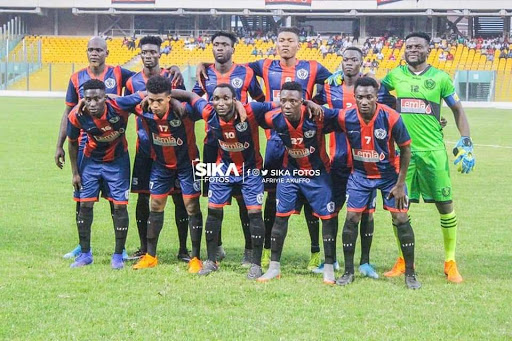 The Ghana Premier League 2020-21 season was opened by Legon Cities FC and Berekum Chelsea at the Accra Sports Stadium on Saturday night.

The Royals welcomed the Blues to the nation’s capital in the season’s opener of the 2020-21 Ghana Premier League.

The visitors struck first on the 23rd minute when Stephen Amankona converted a spot kick to give his team a deserving 1-0 lead.

The hosts after going down upped their game and played some entertaining game and got their reward three minutes after the hour mark with a penalty kick which was eventually converted by Jonah Attuquaye to level matters for the hosts before the break.

Despite the nerve racking end-to-end game, the second half failed to record a goal as the first game of the season ended in a draw with both teams settling for a draw.