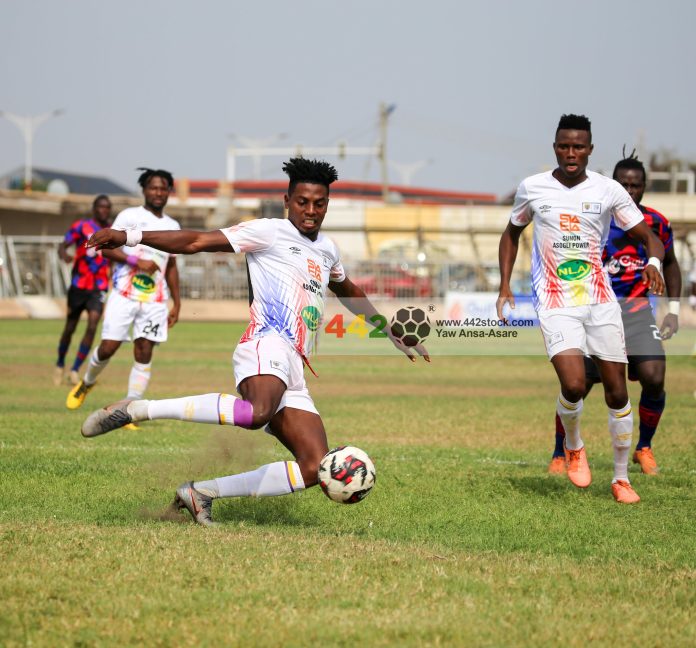 ‘Underwhelming’ Hearts of Oak SC threw away a 1-0 lead in the closing stages of their Ghana Premier League week 18 clash with Legon Cities FC to draw 1-1 at the El Wak Sports Stadium on Saturday afternoon.

The Rainbow Boys preserved their early lead till the dying embers of the match when they gave away a cheap and avoidable goal to lose two precious points.

Sulley Muntari’s pinpoint delivery from a corner kick found Isaac Mensah’s head to head home the opening goal of the game to put the visitors 1-0 up.

Cities almost scored but Richard Attah reacted well to parry the ball over the crossbar to keep it at 1-0.

Isaac Mensah nearly made it 2-0 to the away team but his effort was saved by the Cities goalkeeper.

Daniel Afriyie Barnieh should have made it 2-0 to Hearts but failed to connect with Mensah’s low cross across the face of goal.

The second half was not on a high level and both teams failed to put passes together due to the poor nature of the field.