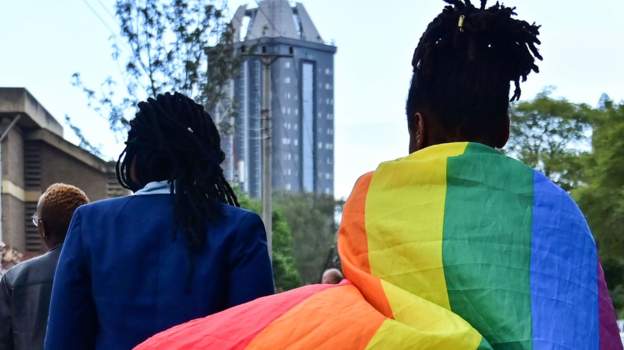 Members of Kenya’s LGBT community have embraced their own Christmas, called Queermas, in an effort to fight loneliness in the festive season.

Queermas is a time where members of the LGBT community come together to celebrate the season with one another.

The term has been around for a while across the world but is gaining popularity in Kenya where gay sex is still a criminal act.

For some members of the LGBT community in Kenya, the Christmas season can be isolating because they have been shunned by their families, so spend Christmas alone.

One young woman, Kioko, who attended Queermas last year, says it can bring people together. “There’s a sense of community and it’s a free space where you can enjoy things that you’ve grown up doing and are used to.”

She says this is especially important for people who whose families ousted them.

“It’s a safe space for us and it feels nice to know you’re not alone”.

This feeling of isolation has been particularly strong for some this year because in May Kenya’s High Court ruled against campaigners seeking to overturn the law banning gay sex.

Gay sex is still punishable by up to 14 years in prison, although it is unclear whether there have ever been any convictions.

US Court clears firm for sacking employee who travelled to Ghana...