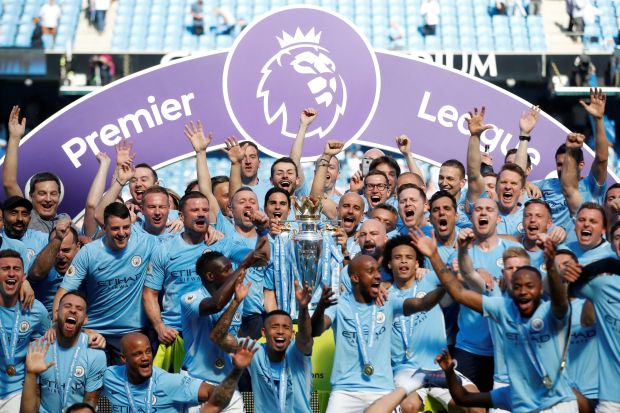 In an era of lightning-quick Internet, smartphones, smart television and other trendy gadgets that keep millions of football fans the world over within reach of all the juicy action across the globe, the need to brand our local game so it reaps some of the goodwill many of its ‘counterparts’ enjoy has never been more urgent.

Most European leagues — the biggest of the lot, anyway — have closed shop for the season, and their strict adherence to time and envious punctuality is as impressive as the diligence of those tasked with ensuring that the quality and allurement of these championships continue in perpetuity. As I speak, the end-of-season post-mortem might have begun and plans for an even more glorious campaign to come already in place.

The ideas floated in those boardrooms, as you would imagine, revolve around what was (but shouldn’t have been), what could have been (but wasn’t) and generally everything else that will ensure those already great brands keep glistening. There are still billions of eyeballs to be attracted, after all, and such numbers will leave any marketer worth their salt licking their lips.

Numbers — they say — never lie, and surely, there are lots of figures to back this assertion up. From millions of patrons crowded in stadia and ‘viewing centers’ of all sorts to catch their favorite teams’ games to club executives closing deals worth billions of dollars in sponsorship, the ever-increasing commercial attraction of football erases doubts from more minds – even American ones – that football/soccer truly is the world’s most popular game.

It is thus a mystery that, even with all the numbers being thrown about, the main stakeholders of our local game – the (in)famous ‘football people’ — have barely figured out how to position Ghana’s domestic top-flight to attract such gains. Contrary to what you may have been led to believe, quality has never been an issue in the Ghana Premier League — far from it. In fact, of all the commodities needed to elevate the GPL (or the Special Competition, in its current format) to world-class standards, ability – of the players who take to field week-in, week-out – has proven the least scarce.

The real issues are deep-rooted. Now, I am not the repository of all football knowledge in Ghana, but some of the factors hindering our football and efforts to market it do not exactly take rocket science to discern. There are obvious logistical challenges, with playing surfaces here probably among the worst you can find anywhere. Technical and/or tactical competence of most coaches on these streets is also a major deficiency, as is remuneration for players (it stinks, charley).

We know the problems and have a fair idea what the solutions are — that is the easy part, isn’t it? — but getting the work done is a shared responsibility. It has always been. Hopefully, the post-‘Number 12’ cleansing and rebuilding of our football gets us there — sooner, if not later.