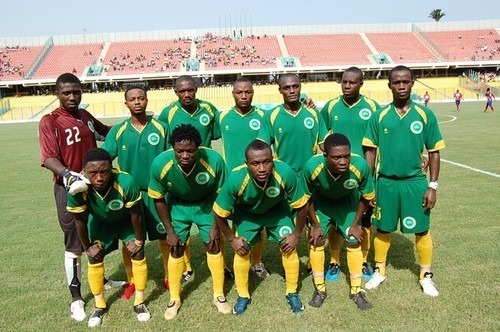 May is, certainly, a month of reflection for Ghana football.

Thinking of the May 9 stadium disaster of 2001 that — as Africa’s worst sporting disaster — claimed 127 lives, eh?

But there is something else — something more positively memorable — to commemorate, even if rather belatedly.

A decade and seven days ago, Ghana crowned league champions of an unusual breed. Now, there are many ways — none straightforward, of course — to clinch a title, even if the feeling in the end isn’t at all different, regardless of style. Still, Dormaa’s Aduana Stars found a recipe that came with extra spice.

That distinction, of triumphing in a 30-game campaign with only 19 goals scored, is solely theirs for now — possibly for good, if we’re being realistic. That ratio converted to a stunning average of 0.633 goals per game, shaving a few decimal places off the 1992 record of Senegal’s Ndiambour. Their string of 1-0 wins, at a time when Ghana’s senior national team was also making the most of narrow victories, felt inspired. There is no pride in scoring too little, yes, but there is so much more to what Aduana accomplished during that remarkable 2009/10 run which ought to be appreciated in its fullness.

A league-best defence, shipping just 10 goals, propped Aduana up and compensated for their attacking deficiencies; the likes of goalkeeper Stephen Adams, defenders Godfred Saka, Emmanuel Akuoko, Johnson Adomah, and Gabriel Opoku Ware formed a shield that, on most days, was impenetrable.

Impressively, Aduana neither conceded nor lost at their Nana Agyemang Badu I (NAB 1) Park, where the late Herbert Addo’s Fire Boys won 13 games and scored all but five of their goals. Even in a championship that has always placed so much value on home advantage, Aduana raised the bar, and it’s a reputation that the NAB 1 has zealously carved and jealously guarded over the years.

For still another reason, though, Aduana’s maiden success sparkled: their status as a newly promoted club. Most teams have more modest ambitions when first admitted to any top-flight championship; cracking the top half draws applause, and a prompt return to the lower tier hardly surprises anyone. Aduana, though, shrugged off such limitations and crept their way right up to glory. They went into the final matchday three points behind leaders Ashantigold, but another 1-0 win over regional neighbours Berekum Arsenals — and a favorable application of the head-to-head rule — saw them slip past far more experienced Ashgold.

Seven years later, Aduana — now veterans themselves — would win a second title with a bit more comfort: a six-point lead, better numbers on the road and upfront [than any other club], while anchored by a rearguard that remains characteristically reliable.

And, yet, it’s the first of Aduana’s two triumphs that claims a truly special place in the annals of the Ghanaian game, even occasioning a visit by the current Ghana Football Association boss to the club’s owner and bank-roller, Dormaahene Nana Agyemang Badu II, on its 10th anniversary.

“I think Aduana Stars have contributed a lot to the growth of our football and is worth celebrating,” Kurt Okraku told the GFA media team.

Uganda heading to a ‘dangerous phase’ of pandemic