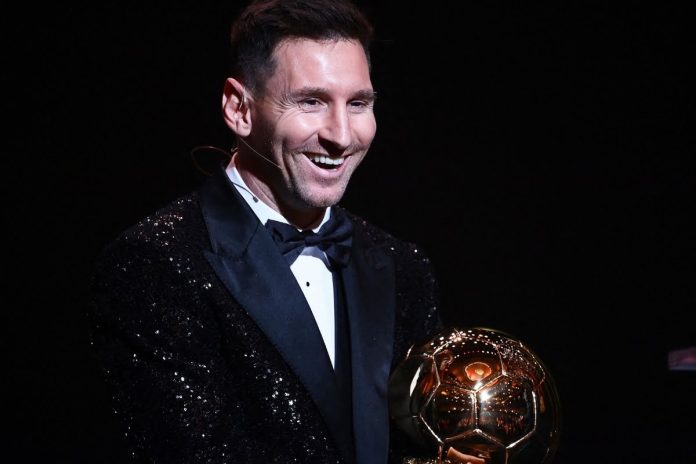 The GOAT beat off competition from stars such as Robert Lewandowski, Jorginho, Karim Benzema and N’Golo Kante to scoop the Golden Ball.

The former Barca captain was handed his award by his good friend Luis Suárez.

Lewandowski didn’t end the night empty-handed. He picked up the striker of the year award as France Football came up with a couple of new prizes for 2021.

Messi also had some classy words of consolation for Lewandowski in his acceptance speech.

“Tell Robert that it is very special to have reached the final with him. Everyone agreed that last year you were the winner,” he said. “It couldn’t be done because of the pandemic, but I think you deserve to have this trophy at home.”

He also broke even more records along the way. Pele’s mark of most goals for one club went, as did Gerd Muller’s record of scoring 30+ goals for 12 consecutive seasons. Messi even overtook Xavi’s record for most Barca apppearances.

The Argentine then headed off to the Copa America where he inspired his team to victory in Brazil and finally scooped a major honor at international level.

Of course it all went a bit wrong after that and Messi headed off to PSG. However, he’s already made it quite clear he’s determined to return to Barca once his time in France is up.

Year of Return: Cardi B lands in Ghana Sunday for a...