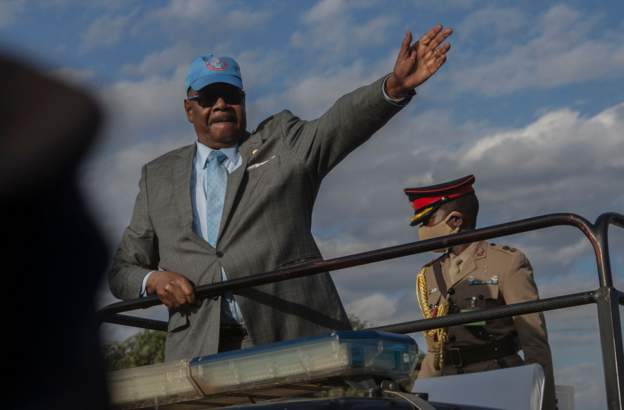 Mr Mutharika says there’s no winner or loser, and has refused to concede defeat.

According to his running mate, Atupele Muluzi, who said he had been sent by Mutharika to address the media, the president is appealing to all his supporters to disregard reports that say he has lost the elections, saying they must wait for the MEC’s official announcement.

Atupele Muluzi is son of former President Bakili Muluzi and leader of a small opposition party, the United Democratic Front (UDF) which was in an electoral alliance with Mr Mutharika’s governing Democratic Progressive Party (DPP).

The young Muluzi claimed that up to 15 monitors deployed by the DPP /UDF to opposition strongholds are currently missing and feared dead after being attacked by opposition loyalists.

Results from all 28 districts, signed off by officials and party representatives at district level show that President Mutharika is lagging behind Lazarus Chakwera – who leads the main opposition Malawi Congress Party and represents the Tonse Alliance made up of nine opposition parties.