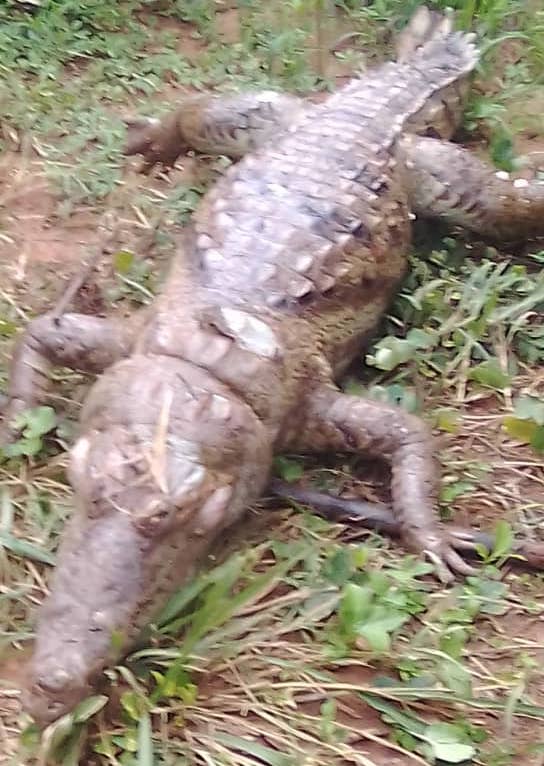 The body of a man is yet to be recovered in a suspected crocodile attack at Mimineso Number 2, a farming community at Ejura in the Ashanti region.

Aminu Akwasi, 32, was attacked Thursday in an attempt to harvest some saltwater crocodile species in a dam near Ejura Farms Ghana Limited, a defunct farming company.

The man disappeared after his colleague, 28-year-old Karim Haruna who had gone to the scene with him reported him missing to Miminaso Number 2 town folks.

The lifeless body of a crocodile was also recovered from the dam when residents, who got wind of the information thronged the scene which is about 10-20 minutes drive from the Ejura township.

A local reporter, Emmanuel Amissah Koufie told Dailymailgh.com that rescue operations had been suspended and will continue on Friday.

“So the information is that the victim’s body is yet to be recovered. Traditional leaders have been notified and are expected to perform some rituals today before the search continues,” narrated Amissah.

“The District Chief Executive and other officials from the assembly were also at the scene to assess the situation”, he added.

Meanwhile, the matter was yet to be reported to the police and the National Disaster Management Organization at the time of filing this report.

The motive behind the harvesting of the saltwater crocodile species by the two men is yet to be established. The development has left residents in fear.

The reptiles which are known man-eaters are among the largest species of crocodiles in the world. Ghana’s sacred crocodile pond is located at Paga in the Upper East Region.

Many people from several walks of life throng the tourist site to experience nature.

Chief of Staff donates to underprivileged children of Shallome of Zion...