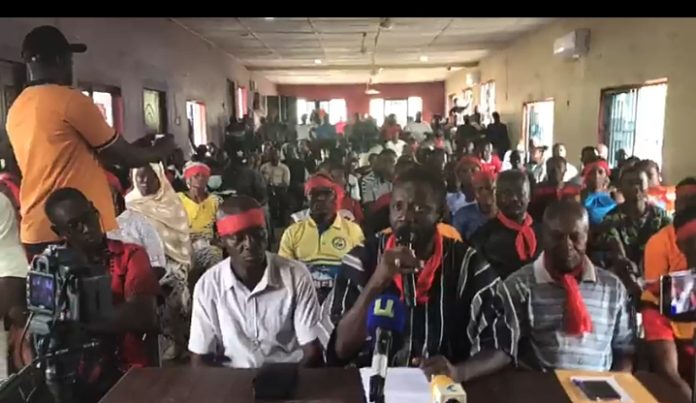 Some aggrieved members of the ruling New Patriotic Party, NPP, in the Manhyia North Constituency of the Ashanti Region, have threatened to prevent the party’s election committee from conducting its polling station elections on Sunday.

The latest threat comes after days of confusion in the acquisition of nomination forms in that constituency.

At least 1,400 nominations have so far been filed for the contest.But the aggrieved group alleges that after these contestants were vetted 45 of them have been disqualified.

They further claim the disqualification is an attempt to prevent loyalists of the former MP for the area, Collins Owusu Amankwah, from contesting in the polls.

Speaking at a press conference Saturday, the Constituency Youth Organizer, Alhaji Mumuni Castro, lamented the hurdles such people had to cross to contest the polling station elections.

He said they are ready to disrupt the elections on Sunday if the rank and file of the party fails to address the issue.

11 out of 175 polling stations are set to hold elections to pick new officers.

The election in the Manhyia North Constituency is being supervised by a nine-member committee.The chairman of the committee, Yaw Geraldo has already been accused receiving bribes to bend the rules. He has rejected the claims.

Sarkodie, Shatta Wale, Becca, others to perform alongside Cardi B in...