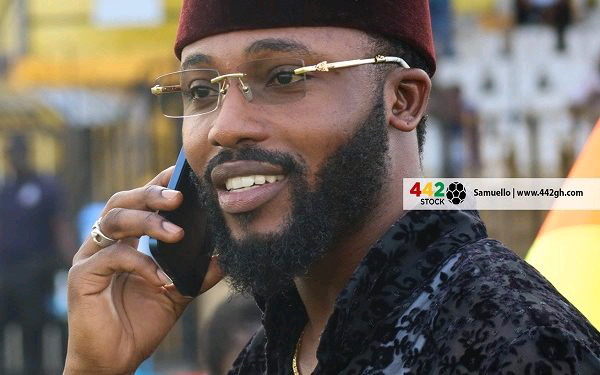 The Chief Executive Officier of Ashantigold Sporting Club Emmanuel Frimpong has been handed a eight-year ban by the Ghana Football Association Disciplinary Committee after being caught engaging in match-fixing.

In the verdict published by the Ghana FA on Monday 16th May 2022 indicated that there was a strong evidence of the AshantiGold CEO’s involvement in the match-fixing game against Inter Allies in week 37 fixture of the 2020/21 Ghana Premier League.

“There is a strong evidence of match-fixing between Emmanuel Frimpong and Noo Amoah Gogo, an official of Inter Allies”

“That the Chief  Executive Officer of AshantiGold SC Emmanuel Frimpong is banned from taking part in any football-related activity for a period of 96 months in accordance with Article 34.5 (d)(I) of the Ghan Premier League Regulations 2019.

“A fine of Ghc 50,000 has been imposed on the Chief Executive Officer of AshantiGold”.

Four-time Ghana Premier League champions AshantiGold have been demoted to the country’s third-tier after being found guilty of match manipulation in a massive earthquake ruling which will ruffle feathers in the West African nation.

In a massive decision announced on Monday, the miners have been relegated to the country’s Division two after the club was found guilty of match manipulation in their league match against Inter Allies last year.

The Ghana FA has been under immense pressure to deliver judgment on the match-fixing suspicion that rocked the Ghana Premier League in July 2021.

The Disciplinary Committee has ruled that AshantiGold will suffer punishment after being found guilty of match manipulation.

That at the end of the 2021/22 Ghana Premier League season, Ashantigold SC shall be demoted to the Division Two League in accordance with Article 6(3)(h) of the GFA Disciplinary Code 2019,” part of the ruling read.

If the fundamentals are weak, the exchange rate will expose you?