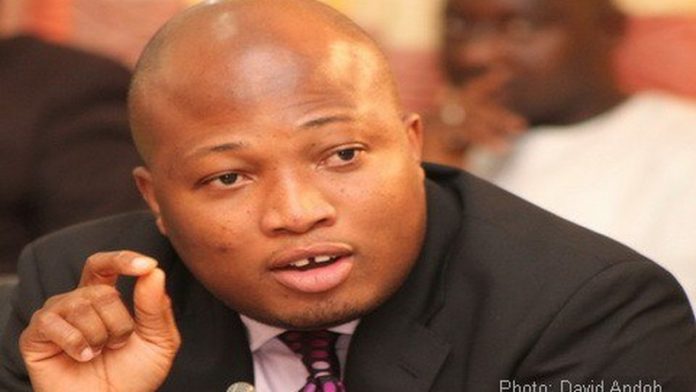 The government of Ghana onTuesday 30th July 2019 suspended the concession agreement between it and PDS following some contractual breaches and has formally commenced a full scale inquiry into the detected breaches.

But even before the investigation ends the Electricity Company of Ghana (ECG) has handed over almost all its operations back to PDS days after the government suspended the concession agreement.

In its petition to the United States Ambassador to Ghana Stephanie S. Sullivan, the Minority said: “The Minority seeks to trigger investigations under the Foriegn Corrupt Practices Act of the United States of America especially after a clearer picture is now emerging that the Akufo-Addo Government stands complicit with top functionaries and cronies neck deep in the putrescent sleaze. The Akufo-Addo  Government, therefore, cannot be trusted to conduct thorough and independent investigations into this scandal of monumental proportions.”

“Besides, the Minority like most Ghanaians have grown sceptical about so-called investigations by the Akufo-Addo Administration since a countless number of these investigations only end up clearing appointees. The reports are never published and the real culprits are never identified and punished,” the minority added.

The Minority has accused the Akufo-Addo administration of fudging the original Power Compact II agreement to handover the management of the Electricity Company of Ghana (ECG) to surrogates of the New Patriotic Party (NPP).

“This project was expected to significantly improve access to electricity, ensure operational efficiency, turn around ECG, increase their profitability and have a sustainable, reliable and resilient delivery of power to the good people of Ghana,” said former deputy power minister John Jinapor.

He said the process, which commenced under the NDC in a very transparent and competitive manner culminated in the selection of six companies that were pre-qualified both through the RFQ stage and at the RFP stage.

“Unfortunately, however… upon assumption of office by the Akufo-Addo administration under the guise of the so-called local content participation, the government deliberately altered the original agreement in a manner and fashion to pave way for the contracts to be awarded to a cabal of companies that have no track record in the energy sector,” he stated during a press conference Thursday in Accra.

“This cabal …critical investigations revealed are not experienced in the power sector but rather a group of friends, cronies and NPP party apparatchiks contrary to the original goals, objectives and aspirations of the programme.”

According to him,  the rush with which the agreement went through the law-making chamber was a clear indication the agreement was cooked from the very beginning for someone.

“Everything that was done was done in a hurry with the whole aim of cooking it for somebody.”

“So, I’m just trying to show that if you look at all these and you then today get up in the morning and you hear that the insurers or maybe the guarantors’ guarantee was procured fraudulently it is an embarrassment to the country. Two, I think that it is a serious embarrassment on Parliament,” he said in a Starr News interview Wednesday.

‘I was kicked in the groin’ – Citi FM’s Caleb Kudah