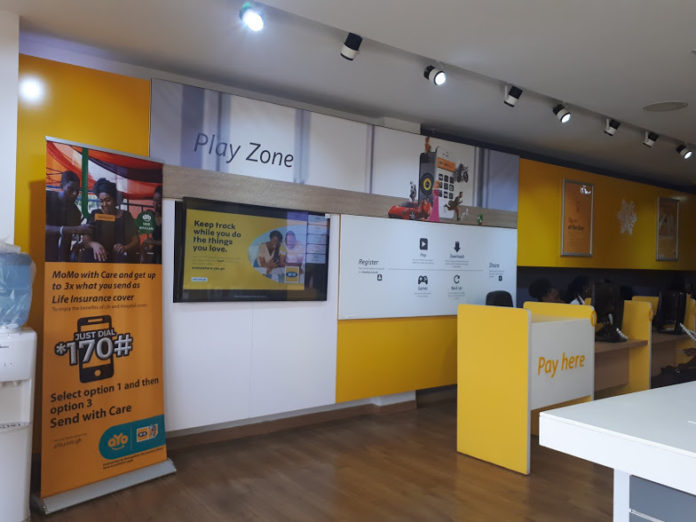 Telecom leader, MTN Ghana on Friday, September 4, 2020, filed papers at the Supreme Court, seeking to review the High Court’s recent decision regarding the declaration of MTN Ghana as a Significant Market Power (SMP).

This step was taken after a careful review of the Court’s judgment.

On September 1, 2020 the High Court of Justice (Commercial Division) dismissed the company’s application for   a judicial   review of   the   declaration   by   the   National Communications Authority (NCA) of MTN Ghana as an SMP.

Although the judgement did not address their concerns that the NCA’s decision did not meet the requirements of procedural fairness, they still respect the decision of the Court, a statement signed by Corporate Services Executive, Sam Koranteng noted.

“MTN Ghana acknowledges the duties and powers of the NCA to promote fair competition amongst licensed operators.  We also support the legitimate exercise of the NCA’s regulatory powers, but as a good corporate citizen and considering the international investment community we believe that a decision by the highest court of the land would provide certainty and a veritable precedence on the procedural fairness in this, and future regulatory decisions of the Authority.”

He added that: “This will no doubt safeguard the interest of customers, shareholders, investors and the wider industry. We believe Friday’s step still provides an opportunity for further engagements with the regulatory authorities. Indeed, MTN Ghana continues to reach out to the regulator and key stakeholders to have the concerns of both sides addressed in a collaborative and amicable manner.”

MTN   Ghana   meanwhile assured its   cherished   customers, shareholders   and   other stakeholders of its unflinching commitment to its regulatory obligations and support for the Ghanaian government’s efforts to enhance growth and competition in all segments of the telecommunications market.

“The company will continue to invest and innovate to realize its belief that every Ghanaian deserves the benefits of a modern connected life.”

Mr. Koranteng further posited that the network will hold on to any future comments on the matter until it “becomes necessary to update all stakeholders of future material developments.”

MTN dragged the NCA to court challenging the processes that led to it being classified by the NCA as a significant market player (SMP) in the telecommunication industry.

MTN went to the court with a judicial review application urging the court to quash the NCA’s decision with an argument that the regulator failed to give it a hearing before classifying it as an SMP.

The NCA, however, insisted in its affidavit in opposition to the application that at all material times, MTN was aware and participated in the process that led to it being classified as an SMP.

Mr. Anthony Forson, the President of the Ghana Bar Association (GBA), was the lawyer for MTN while Mr. Gary Nimako Marfo was lawyer for the NCA.

Pursuant to Section 10 (20) of the Electronic Communications Act, 2008 (Act 775), on June 9, this year, the NCA classified MTN as an SMP after the regulator determined that the mobile network operator controlled more than 57 percent of the voice market share, as well as more than 67 percent of the data market share.

Act 775 allows the NCA to take “corrective measures” against an SMP in order to promote competition and protect other mobile network operators and consumers.

In view of that, the NCA decided to “review and approve all charges by MTN”, set caps on what MTN can charge for its services, and also impose a 30 per cent interconnect rate for two years in favour of other “disadvantaged operators.”

In an affidavit in support of the motion for judicial review deposed by Mr Serlom Adadevoh, the CEO of MTN Ghana, the company aversed that the “failure of NCA” to give it hearing was a violation of the rules of natural justice, as well as Section 25 of the National Communications Act, 2008 (Act 769) which enjoins the NCA to “observe reasonable standards of procedural fairness.”

According to MTN, the “failure of the respondent (NCA)” to give it a hearing rendered the SMP classification null and void.

“The respondent (NCA) by not giving applicant (MTN) a hearing prevented respondent from making informed decision, in that applicant was denied and prevented from making any submission before the decision to declare it a SMP was made,” it said.

The mobile network operator, therefore, wanted an order of certiorari from the court quashing the decision of the NCA to classify it as an SMP.

In its affidavit in opposition, the NCA argued that the classification of MTN as an SMP was in compliance with Act 775.

It was the contention of the NCA that it had fulfilled all the requirements under Section 20 (13) of Act 775 including the gazette notification dated June 9, this year.

Also, the NCA said it had adequately engaged MTN on the implementation of its new status as an SMP.

Again, the regulator argued that the process leading to MTN being classified as an SMP started in 2014 when the NCA held discussions with all mobile network operators (MNOs) on regulation of competition in the telecommunication sector.

According to the affidavit in opposition, pursuant to the engagement with the MNOs and in order to gather adequate information, the NCA, in November 2015, hired a global telecom consultancy firm known as Analyses Mason, to “undertake a study to determine whether any particular operator was a SMP.”

“The said study had the participation of the applicant Scancom PLC (MTN Ghana) at all material times. It is therefore untrue for the applicant to claim that it had not been heard in the process,” the affidavit in opposition contended.

It was the case of the NCA that the study by the consultant identified MTN as an SMP with more than 46 per cent of the telecommunication market share as of 2014.

Armed with that information, the NCA said in October 2019, it commenced another study by engaging the MNOs and using information supplied by them, which again confirmed MTN as an SMP.