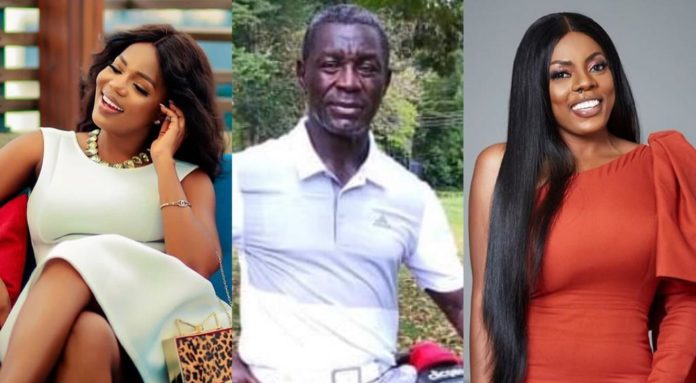 Speaking in an interview on Kantanka TV, a media platform in Ghana, Mzbel told host Mona Gucci that Anamoah and Mr Amoabeng’s relationship ended long before she even came into the picture.

According to Mzbel, Mr Amoabeng even dated someone else before she started dating him, after his relationship with Nana Aba collapsed.

She went on to reveal that she and Nana Aba were not friends until she started her relationship with the former UT Banks’s boss. She recalled that some years ago, Nana Aba texted her after a show and informed her they had a common friend. Upon asking who that was Nana Aba replied it was “Kofi“.

Mzbel added that the popular television personality has not stopped hating her ever since. She is therefore calling on Nana Aba to “stop accusing” her.