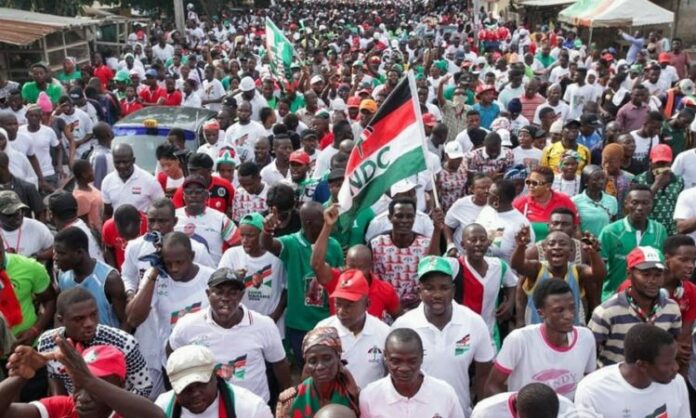 Delegates from three constituencies will not take part in the opposition NDC’s delegates 10th delegates congress and elections.

They are delegates from Dormaa Central, Manhyia South and Agona East who have been restrained by pending injunctions by the court while the Eastern Region Women’s Organiser, Sherry Naana Amoah is also the subject of a court injunction.

This was announced shortly before the introduction of persons of the ballot paper of the elections.

Additionally, delegates have also been warned against using their mobile phones in the voting booths.

According to the Kofi Adams, phones will be seized and held if a delegate is seen using them.

About 9,000 delegates are expected to vote in the poll to elect national executives to steer the affairs of the party for the next four years.

I am ready to work with any elected executive

Meanwhile former President and 2020 flagbearer of the NDC John Mahama says he is willing to work with any executive elected in Saturday’s National Delegates Congress.

Addressing delegates, the former President reiterated that he has no favourite and is willing to work with any national delegate elected in the interest of suffering Ghanaians.“I repeat my position of neutrality in the various contest, let me say again that I do not have any preferred candidate for any position and I urge all delegates to vote based on your own appreciation of the messages of aspirants and your conviction about their capacity to work in the larger interest of the party.”

“I stand ready to work with all those you elect to lead our great party and to contribute my quota to our objectives which primarily revolves around saving this country and building the Ghana we want,” he added.

Mr Mahama also stated that six years of mismanagement of the NPP administration which has led to the debt restructuring has threatened the life savings of Ghanaians and their livelihoods.

“The life savings of Ghanaians, pensions and banks are being threatened by a debt restructuring programme occasioned by the reckless borrowing of the Finance Minister…six years of reckless mismanagement of the country has left our people broken and struggling to survive from one day to the next”