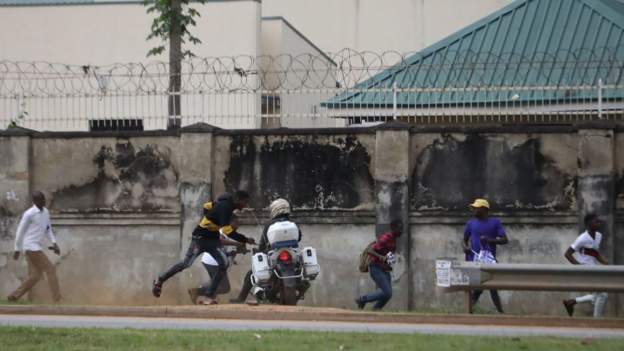 The journalist, and founder of New York-based website Sahara Reporters website, has been held in prison for more than three months, following accusations of treason and “cyberstalking” the president.

Mr Sowore has already been granted bail by the court, but continues to be held by the secret police despite the court order.

No fatalities have been reported among the dozens of people at Tuesday’s demonstration but a journalist from Nigeria’s Guardian newspaper was beaten up by state security operatives.

Martins Oloja, who heads the Guardian’s editorial board, said incidents like this were now a regular occurrence for journalists in Nigeria.