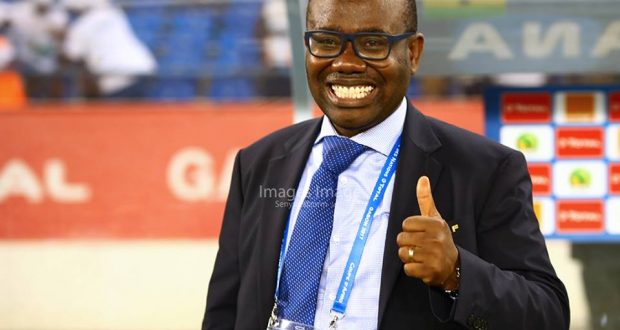 More than a year has passed since the Ghana Football Association was last led by an elected head, following the exit of incumbent Kwesi Nyantakyi that was prompted by a far-reaching, hard-hitting corruption scandal.

And while the fire that razed the erstwhile administration and collapsed the entirety of Ghana football has died, the smoldering remains are a reminder of what once was and what could yet be. The yearlong work of the Fifa-appointed Normalization Committee has yielded much-needed structure, as reflected in the statutes adopted by the GFA’s Congress earlier this month. All that, though, is merely a start; the real work awaits.

Whoever takes charge at the FA following elections slated for October 25 (almost a year to the day ex-president Nyantakyi was banned permanently by Fifa) — and there is no shortage of contenders even at this early stage — will find the challenge ahead great, yet greater still is that visible in the rear-view mirror: Nyantakyi.

See, irrespective of what your rating of the disgraced football administrator is, he remains unparalleled as Ghana FA boss; a man who accomplished more than anyone before him, and against whom any successor would be measured, not least he/she who comes immediately after him. He ruled the longest of them all — a record safely preserved, with a four-year two-term rule now in place — but Nyantakyi’s reign was also the most successful of the lot, particularly apparent in the fortunes of the Black Stars, Ghana football’s flagship brand.

Matching three straight Fifa World Cup appearances would be difficult — impossible, really, given the new term limits which restrict any future FA president to no more than two tries at qualifying for the Mundial — but bettering the series of semi-final finishes the Stars enjoyed at the Afcon under Nyantakyi may prove even tougher.

Yet while striving to reach — or even overtake, where possible — Nyantakyi’s heights, the men seeking to replace him would be keen to stay clear of the pitfalls that squeezed the life out of his regime long before it actually ended. Nyantakyi’s tenure was unprecedented, not just in how successful it was, but also in how it ultimately panned out.

Timely reform and a review of the FA’s laws would do a lot to trim the excesses and loose ends that left Nyantakyi flying too close to the sun and eventually getting burnt, and from those aspirants who played key roles in the former administration at some point or the other – Messrs. Fred Pappoe, George Afriyie and Kurt Okraku et al — conscious effort would be required to rid themselves of their predecessor-cum-comrade’s lingering shadow.

Until then, however, Nyantakyi isn’t quite out of the picture — not yet, anyway.