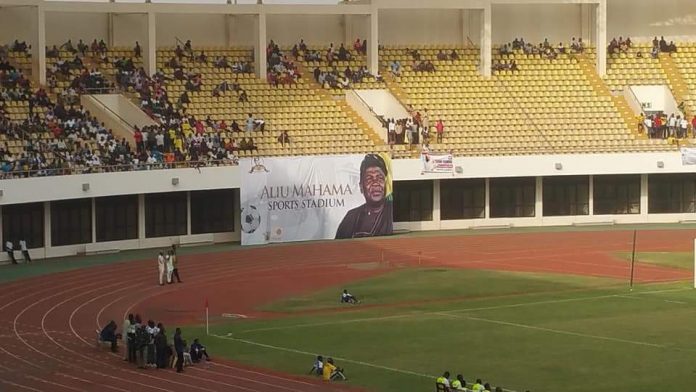 Irate youth of Ghana’s ruling New Patriotic Party (NPP) in the Northern region on Monday locked up offices at the Aliu Mahama Sports Stadium and chased out staff.

They are demanding the immediate removal of the stadium’s Manager, Salamatu Alhassan.

The youth accused the manager of misconduct, mismanagement and misappropriation of funds.

They stated that ever since she took over management of the facility, she has increased prices of the stadium, making it unattractive for people to patronage the facility, a private newspaper Daily Guide reported.

The youth claimed that the offices would not be opened until the manager stepped down.

The leader of the Kandahar Boys, Karim Abdul Rafiq, told journalists that the manager of the stadium was transferred alongside two other staff of the stadium but because she was a Dagomba, she refused to move to make way for the person who have been transferred to Tamale to take over from her.

He indicated that the two others who were transferred have moved to their new stations but the manager refused to go.

Mahama asked Nyantakyi to sack me in 2014 – Appiah