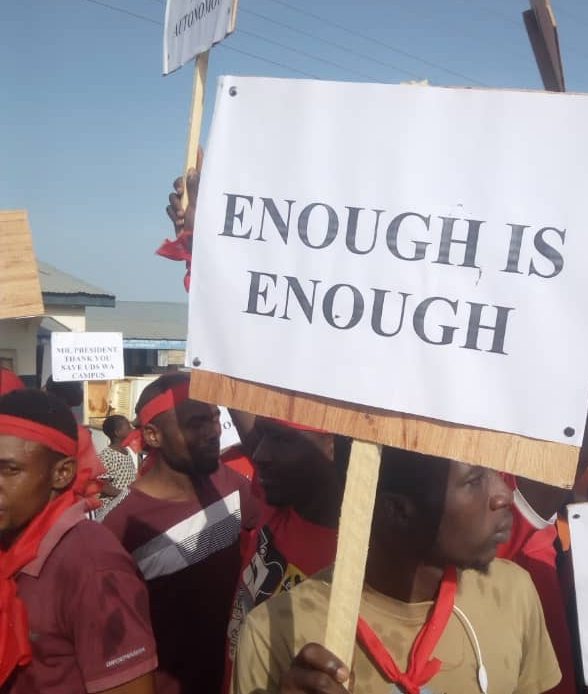 Police have secured a court order restraining residents and natives of Obuasi from embarking on their intended demonstration on Tuesday, June 25, 2019.

Various groups including Citizens of Obuasi, Coalition of Adansi Development and Contractors and Suppliers of AngloGold Ashanti, had given notice it would hit the streets to protest against government over recruitment process by mining giant, Anglo-Gold Ashanti.

The police had announced it would not be able to supervise the demonstration on the planned day citing security reasons.

However, the organisers were adamant, vowing to go ahead with the demonstration as planned.

The Police consequently proceeded to court on Monday, June 24, 2019, to secure a restraining order from the court to stop the demonstrators from carrying out their intended demonstration.

“It is hereby ordered that all the aforementioned groups are hereby restrained from carrying out any demonstration in the Municipality on the 25th June 2019”, an order by the Obuasi Magistrate Court signed by Thomas Kwabena Ofedie ESQ read.

Reacting to the development to Dailymailgh.com, Frank Aboagye Danyansah, one of the conveners and a Public Interest Advocate described the action by the police as “unfortunate”.

He, however, said the group will exhaust all legitimate avenues to have their grievances heard.

“It looks as if somebody is suppressing the constitutional rights of citizens. This peaceful demonstration is intended to draw the attention of of their failure to secure jobs for natives of Adansi and Obuasi…. we had earlier petitioned all stakeholders including the two Members of Parliament but that has yielded no results”, Mr Danyansah said.

“So we will use all avenues to let the whole world and the President to know what is happening. Don’t forget the NPP as a political party campaigned vigorously against the previous government on the collapse of AngloGold Ashanti for votes and you capitalize politically to use a company to canvass for votes, it means you have lied to the electorates”, he added.

President Akufo-Addo early this year, re-opened the AngloGold Ashanti gold mine in Obuasi, which had been effectively closed since 2014.

This is in fulfilment of a campaign pledge he made to the people of Obuasi in the run-up to the 2016 general elections.

But some residents and natives of Obuasi believe management is on the verge of making the company a preserve for family and friends, as they are poised to recruit relations from outside the municipality.

“We will resist. Information we are picking is that most Obuasi natives were called for interviews for employment but were disqualified in favour of friends from places like Tarkwa”, an assemblyman for Bosman, Daniel Obeng said in an interview in Kumasi.