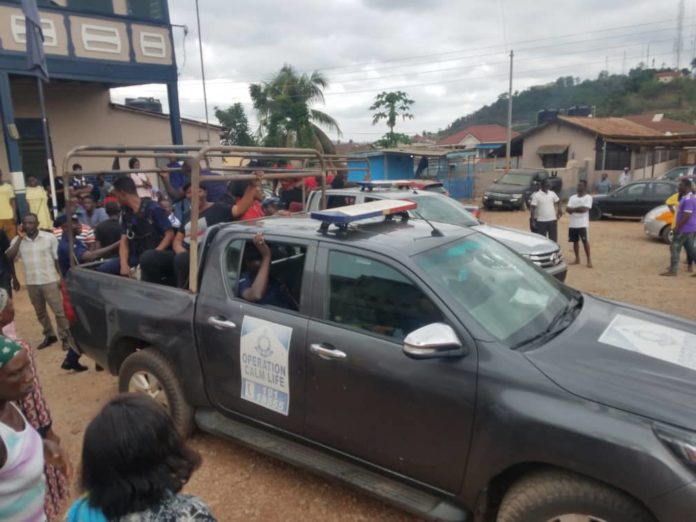 The Fomena District Court has remanded the Assembly Member for Anyinam and six other residents of the area into prison custody.

They were reported to have blocked an access road to the Anglogold Ashanti (AGA) mine in Obuasi during a protest on Sunday, March 8, 2020.

In addition to the unlawful assembly and unlawful demonstration, they have also been charged with causing unlawful damage to a military vehicle, the Daily Graphic reported.

They were remanded into prison custody to reappear on March 23, 2020, when they were arraigned before the court on Monday, March 9, 2020.

On March 8, 2020, at about 10 pm, the police said they picked up intelligence that the residents were preparing to protest against AGA for allegedly deliberately denying them employment.

The police said they monitored the situation and around 4 am, about 500 residents from the community gathered at the entrance of the mine and used car tyres, stones and other items to barricade the road.

The police tried to talk to them to rescind the decision and leave the scene but the residents refused, the court heard.

The police called for military reinforcement and in the course of the protest, the residents reportedly caused damage to one of the military vehicles.

The court heard that it took the intervention of the military and the Special Weapon and Tactics (SWAT) from Kumasi to bring the situation under control.

Six residents were arrested and following information that the Assembly Member for the area, Cudjoe held a meeting with them the previous night to plan the protest, he was also arrested and charged together with the others.