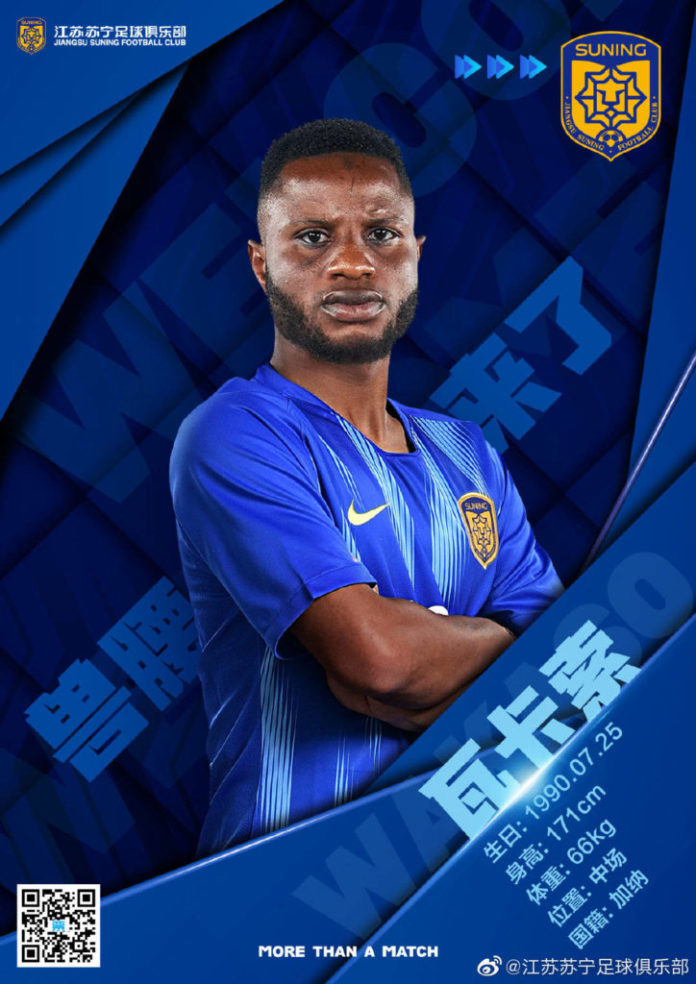 The enforcer has signed a three-year contract with the Chinese outfit worth $3 million.

Wakaso joined the Blue and Whites side from Spanish side Alavas after an impressive season in Spain.

The Ghanaian International midfielder was part of Ghana’s 2014 World Cup team and has represented the West African giants four times at the Africa Cup of Nations tournament.

This tech company is tracking coronavirus symptoms and hotspots in Ghana

Buhari orders investigation into shooting at his home