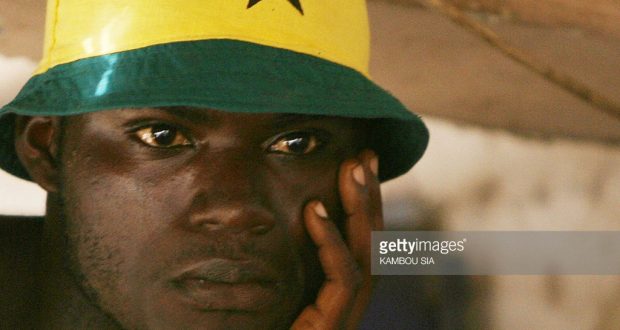 The first already looks in fine fettle, galloping at a good pace. The federation runs a far less opaque administration than it has in recent years, courtesy an intense communications drive that continues to strengthen ties with the public, and the FA has particularly succeeded in whetting appetite for domestic football. Interest in the Premier League, especially, is as high as ever, and the current season has steadily gathered momentum.

But then there’s the other horse, not as healthy and probably still tethered, eight months in. Okraku seeks to fill a gaping, seemingly bottomless financial pit in the Ghanaian game that is a painful vestige of its amateur years, and while he might have had a fair idea about the magnitude, the ongoing coronavirus disease (COVID-19) pandemic has outlined the sheer depth and breadth of the challenge in startling detail.

A ban on contact sports may be the reason why there is no competitive football to be enjoyed right now on the Ghanaian landscape, but even after that is lifted, another ban — on crowd gatherings of the sort that sustains most clubs — could keep things frozen. Nearly three decades after Ghana’s top tier turned professional, few clubs – if any — operate profitable, self-sustaining business models.

Not many squeeze much from commercial deals – should they, somehow, get them — and are left scratching and clawing for every pesewa that the FA can receive from sponsorship rights and TV deals. Shorn of matchday revenue, as COVID-19 threatens to do, Ghanaian clubs would barely have enough to exist — much less play week-in, week-out.

It’s why, as football championships around the world blink their eyes open, Ghana’s local competitions may doze awhile. An injection of cash should heal the malaise, but the vessels through which the money would flow — when if it comes — are still being laid out. That mission has Okraku cozying up to key players on the corporate front and setting up various funds on the FA’s books, in anticipation of such revenue stream.

This horse, though, isn’t one man’s to mount and to whip, so here’s a call for all clubs — the biggest beneficiaries, ultimately — to refine their ways and adapt to changing times.

The race is on. Giddy-up!

Meet the British cyber expert who used his phone from his...

Coronavirus: Together we win – Chinese Ambassador to Ghana writes