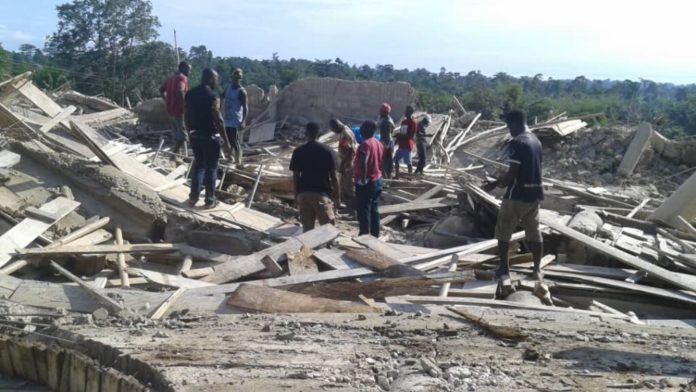 At least one person has been killed while three others have been hospitalized after a church building collapsed on worshippers at Akyem Batabi in the Eastern Region of Ghana on Tuesday.

The incident reportedly occurred at about 2:40pm local time when members of the Church of Prosperity were resting in the building after holding a prayer session.

A joint rescue team made up of officials of the National Disaster Management Organization (NADMO), Ghana National Fire Service, Police, Ambulance Service have been at the scene at the Asene/Manso/Akroso District town to rescue the perishing.

While more than 30 persons escaped unhurt, many are feared trapped under the rubble of the three-storey building.