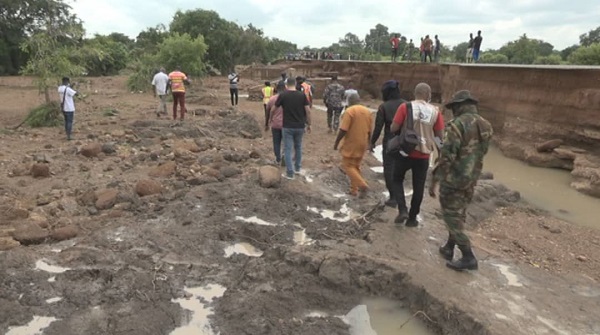 A 65-year-old woman identified as Madam Bachong Bawuobilia has been confirmed to have died at Funsi in the Wa East District last Saturday following torrential rains that flooded a number of communities in the Upper West Region.

Briefing the Daily Graphic, the Regional Manager of the Ghana Red Cross, Mr Jeremiah Afako said the room in which Madam Bawuobilia slept collapsed and fell on her whilst she was asleep at dawn of Saturday.

He said, the deceased shared the room with her daughter in-law who had earlier woken up to do her morning chores when the incident occurred. Mr Afako said her room was weakened by the floods, saying immediately the room collapsed on her, the daughter in-law raised the alarm.

She was rushed to the Saint John’s Health Centre at Funsi but medical authorities pronounced her dead. The Red Cross Manager said, the deceased has since been buried in line with Islamic rites.

Meanwhile, preliminary assessment of the flood situation by the National Disaster Management Organization (NADMO) has indicated that over 336 people have been displaced with 80 houses collapsing in three districts, namely; Nadowli-Kaleo, Jirapa and Daffiama/Bussie/Issa (DBI).

According to the Regional Director of NADMO, Mr Mustapha Ahmed, over 700 acres of farmlands occupied by 1,605 farmers have also been taken over by the floods. He said relief items are being mobilised for onward distribution to the affected people.

Mr Ahmed said, they have intensified their education for those living in low lying areas to migrate as quickly as possible to higher ground since information on the weather by the Metrological Service has predicted that more heavy rains are expected in the next few days.

On COVID – 19 pandemic, he advised that strict adherence must be observed despite the disaster.