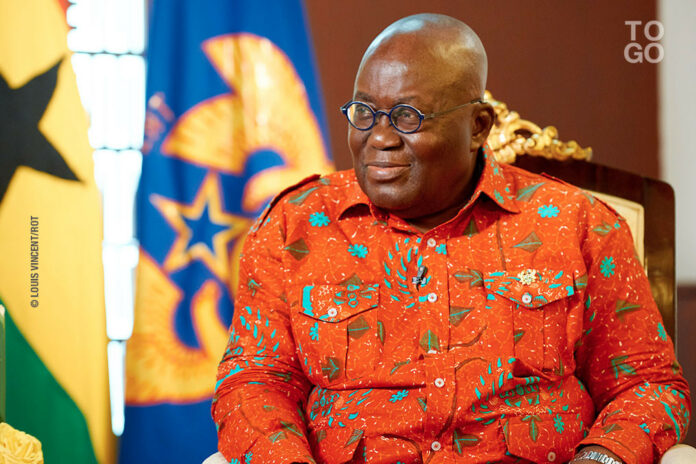 Since his assumption of office in January 2017, with a plagiarized speech that made him become a source of mockery to the international media, Ghana’s President Nana Akufo-Addo has seen his credibility slide down to irrecoverable levels and now completely emaciated.

The 76-year-old lawyer and politician has been confronted with his sugar-quoted promises and sweet words to the Ghanaian masses in 2016, leading to his historic victory in that election. Four years on, and few days to another election, the Ghanaian public is being reminded of the raps with which the then opposition leader, Nana Akufo-Addo rallied the general public to give him their power to govern.

Ghana heads to the polls on December 7 and the now opposition National Democratic Congress (NDC), has stepped up their campaign of recollecting the many failed promises of President Akufo-Addo, including running a Family and Friends government, contrary to his 2016 promise not to allow his family to play roles in his government.

In recent times, President Akufo-Addo’s daughters have been exposed as having established a company named “Sisters Keeper” with which it has raised huge amounts of money from state-owned institutions such as the Ghana Commercial Bank (GCB). This revelation adds to the widely known fact that the daughters of President Akufo-Addo have taken up shops at the Duty-Free pavilion at the Kotoka International Airport (Terminal 3).

The President, who in opposition promised not to run a Family and Friends in government, came to office only to turn back on his own words. Among his first appointees were his cousins: Ken Ofori Atta (Minister of Finance), Nana Asante Bedietuo (Executive Secretary to the President), Sophia Akuffo (Chief Justice), Gloria Akuffo (Minister of Justice and Attorney General) and many more.

Over 60 members of his family and close friends have been listed as appointees in his government, making him the only Ghanaian President to practise cronyism to such repugnant levels.

The dishonest conduct of Ghana’s President Akufo-Addo is further established by his failure to protect the public purse, a message he had campaigned on for eight years.

To make matters worse, President Akufo-Addo destroyed his own credibility by hiring a private jet for his international travels, ending up with increased government expenditure on the Presidency.

Ghanaians have remained unconvinced as to why their President will abandon a fairly new Presidential jet, and go for an expensive private jet for his international travels. The man who promised to protect the public purse is now seen as living an ostentatious lifestyle on the back of the poor tax-payer.

As if that is not enough, the opposition leader and former President, John Dramani Mahama has not missed any opportunity to remind Ghanaians about the correct prediction he and his NDC party made in 2016, that Mr. Akufo-Addo had a plan to destroy the small scale mining business, should he be voted for.

Although the then opposition leader, Nana Akufo-Addo denied the information, his government embarked on a series of actions that led to the seizure of gold mines from small scale miners and destroyed equipment, machines and livelihoods in mining areas. The NDC’s allegation that tagged Mr. Akufo-Addo as a liar in 2016 thus became proven as an accurate prediction.

The result of all these dishonest claims of Akufo-Addo and many more found out to be untruths told in 2016 to deceive the Ghanaian masses for their votes, has destroyed the goodwill that the President had, and also eroded every credibility he had, prior to the commencement of his reign.

And with Donald Trump kicked out by Americans because he lost credibility so much so that Joe Biden constantly referred to him as a liar, Akufo-Addo is on course to being booted out from office on December 7, because he has also lost credibility and cannot convince the majority of Ghanaians.

We were better than Kotoko – Grant