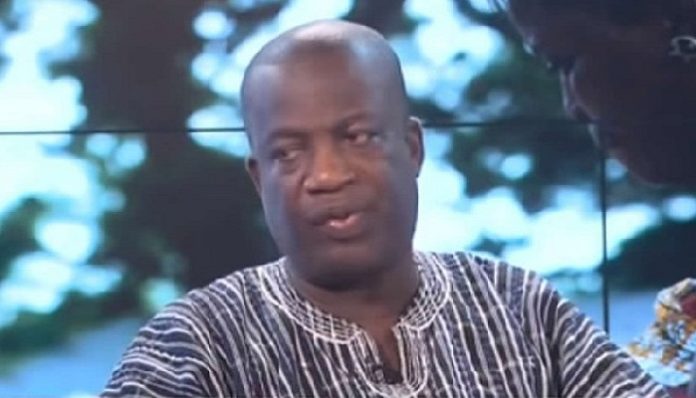 One of the lackadaisical stubborn men behind the legendary mess at the Electoral Commission is the loose-talking director of electoral services, Dr. Siribuor Quarcoe.

As the one directly in charge of electoral services, one expects that he will be a reasoning voice over the shoddy conducts of Jean Mensah and Bossman Asare, but he has proven to be worse than the two.

Several anomalies being discovered in the disgraceful voters register they wasted the taxpayers money to produce should have been prognosed and remedied before the exhibition exercise but no head at the EC is awake to these problems. There are revelations of how the EC is secretly printing voters ID cards in its district offices at midnight without the knowledge of anyone.

Reports of jumping serial numbers from the beginning of the registration exercise have now been confirmed as a plot for a hideous purpose. Additionally, there was the detection of deliberate removal of some targeted names to make room for illegal inclusions.

The jumping of serial numbers is ostensibly to create vacancies for illegal insertion of unregistered names secretly for the NPP. This was the reason cards were being printed secretly at midnight after the registration was over.

The names being registered illegally are the names that the NPP collated recently in some constituencies where they went round collecting names and other details of minors. So far,  some of the missing links discovered are from South Dayi 2,000, Jirapa 1,500, Ashaiman 7,000 and Binduri 7,230. The EC has connived to create these vacancies in the system to use for their evil agenda.

Surprisingly, Dr. Siribuor Quarcoe when questioned about the developments on Joy Fm shockingly went into tantrums with  claims such as asking Ghanaians to be aware that any registered voter can vote without the voter ID cards. This raises questions as to why there was in the first place the need to get a new voters’ ID card after all. His claim is so dangerous that Ghana must never trust the EC with these kinds of men in charge of the coming critical polls.

Siribuor Quarcoe has over the months been very childish in responding to issues emanating from his office publicly while privately admitting to friends and families they are actually making unnecessary demands of Ghanaians.

The further fear we should have about this man is the possibility of using his loose mouth to spew his bad thoughts and inflame passions and cause chaos on election day as he is not able to competently address the portentous shadows casting ominous pictures of danger ahead.

As the common man always advises that prevention is better than cure; Siribuor must go before he plunges us into a bigger mess.

Written by: Cyril Duodu & Attractive Mustapha: Opinions published on this website do not represent the views of Daily Mail GH

Ghanaians jailed in US for $10m online theft, romance scams