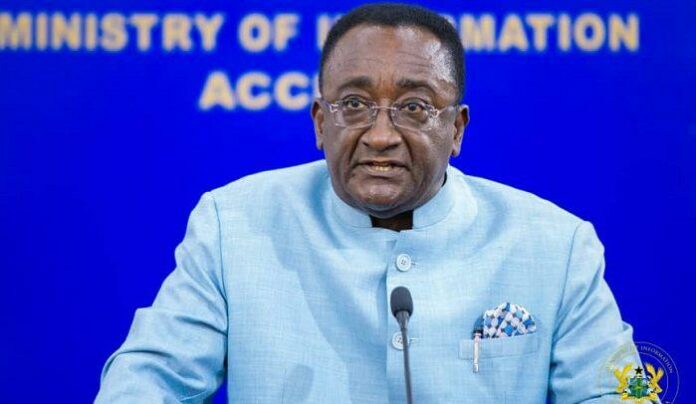 Dr. Owusu Afriyie Akoto, Minister for Agriculture on Saturday, 13 March, 2021 announced his bid to become the flagbearer of the New Patriotic Party (NPP) for the 2024 general elections when he met Constituency Executives in Ashanti Region.

His campaign team indicated at the said meeting that his campaign slogan is Okumkum (Hunger Killer) and his modus operandi for the internal campaign will be distributing tractors to constituency executives and motorbikes to the polling station executives to farm though it will be a disguised campaign inducement across Ghana.

The governing NPP will be going for their presidential primaries to elect a flagbearer for the 2024 polls.

As president Akufo-Addo’s tenure comes to an end after a second term delegates will be looking forward to faces who will surface to represent the Dankwa-Abusua-Dombo tradition.