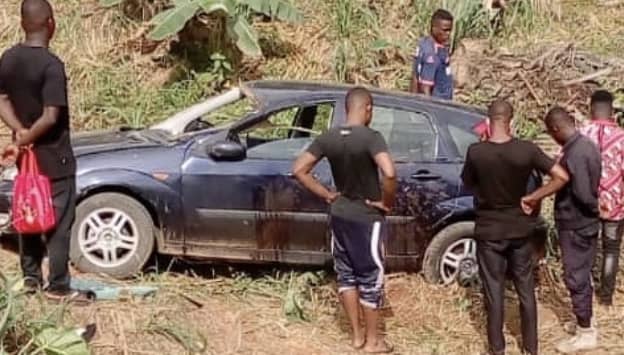 A police officer named as G/Cpl David Ahiabu was killed after his car crashed on the Akroso motor road in the Eastern Region.

A police incident report sighted by Dailymailgh.com said the 35-year-old man, who worked at the Court Unit at the Asamankese District Command, was pronounced dead at the scene at about 4pm on Saturday.

The crash, which involved a private car with registration number GR 5497 –15, happened while the off-duty officer was travelling with his 30-year-old wife named as Rubi Acheampong from Akroso to Asamankese.

On reaching a section of the road at Borla Borla Junction, he suddenly lost control of his steering wheel and in the process somersaulted several times and landed in a ditch at the near side when facing Asamankese direction,” the incident report said.

The report added: “G/Cpl Ahiabu died on the spot whilst his wife was in critical condition and was rushed to the Asamankese Government Hospital for treatment.”

Police did not confirm whether any other vehicles were involved but added that the badly damaged private car had been towed from the scene.