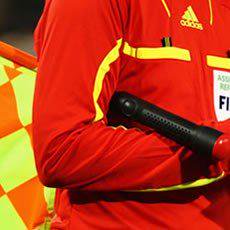 Referee Bernard Dumfeh has been appointed as the center man for Sunday’s titanic clash between Kumasi Asante Kotoko and Accra Hearts of Oak at the Baba Yara Sports Stadium at 3pm.

Dumfeh will be assisted by Bolga-based officials Haruna Bawa and Peter Dawsa on the lines and Emmanuel Tampuri as the fourth referee for the big showpiece.

Asante Kotoko play host to archrivals Accra Hearts of Oak at the Baba Yara Stadium in an encounter which promises to offer supporters with great deal of football.

The 2019 President Cup between the two most successful teams in Ghana provides a great opportunity for football loving fans to settle the debate about which team’s jersey or outfit is the best as there has been argument over Hearts of Oak’s Umbro and Asante Kotoko’s Strike.

The psychological effects of early marriage: what I learnt from some Ghanaian girls

EPISODE 7: When The Sun Pointed South

Your roads will soon be fixed – Minister raps Voltarians

CHALE WOTE 2019: Some of the Best Images