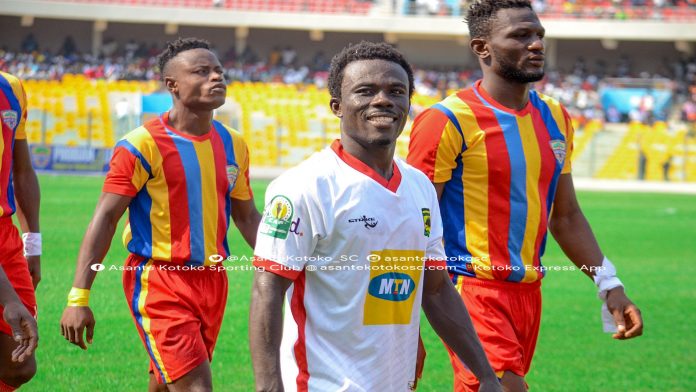 Asante Kotoko and Hearts of Oak, the bitterest rivals in Ghana football, clash again in the latest President’s Cup match at the Baba Yara Sports Stadium on September 8, 2019.

Hearts, a sleeping giant of the Ghanaian game, have gone a decade without winning a major trophy and, although Sunday’s prize doesn’t quite tick the box, it should appease their fans as victory would mean getting one over an opponent that has dominated recent high-profile encounters between the pair.

And, of course, beating Kotoko on their own turf — where Hearts have traditionally thrived, ironically — would put a spoke into the Porcupine Warriors’ wheel as they prepare for the crunch CAF Champions League play-off first leg game against Tunisia’s Etoile du Sahel a week later.

The Porcupine Warriors, on the other hand, may deem this a perfect opportunity to sharpen their edge before Etoile come to town, while simultaneously delighting their own supporters, especially after last week’s painful defeat to regional foes Ashantigold at the same venue.

In the end, the contest would be as much about the wits of coaches Kjetil Zachariassen (Kotoko) and Kim Grant ( Hearts) as about the intensity applied by both sets of players, given all that’s at stake.

For either side, winning would be rewarded by pride and then some — surely enough reason for them to come firing from the start, eh?

Scores displaced after fire razes down houses at Wenchi